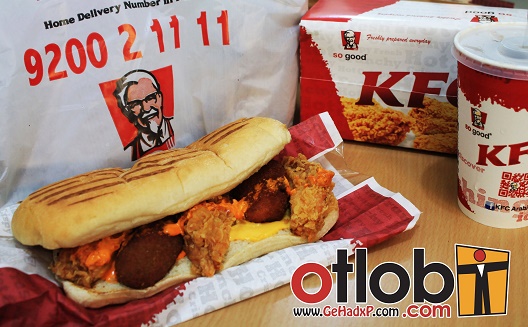 Egyptian food-ordering website Otlob has been snapped up by Rocket Internet, but at an almost firesale price.

The acquisition by Rocket-owned online food-ordering service Foodpanda Group was announced today, although all involved in the deal were bound not to disclose any of the details or Otlob's figures.

However, the sale price was as low as $12 million and as much as $250 million in potential value was left on the table, according to Wael Amin, Sawari Ventures partner and founder of ITWorx, the first owner of Otlob, because of a lack of investment in the company during the 2000s.

Had Otlob grown at similar rates as regional peers Talabat in Kuwait, Yemeksepeti in Turkey, ifood.jo in Jordan and others, the Egyptian company could have been the largest startup exit MENA had ever seen.

The story of how the startup that pioneered the online food-ordering concept in MENA ended up competing against younger upstarts, is a lesson in how a good company's potential can be squandered - but also turned around again with the right attention.

Fifteen years ago Otlob was a rapidly growing startup.

Launched in 1999, cofounder Ayman Rashed told Wamda the idea was the result of a changing society: as traffic grew worse in the 1990s, fewer people were able to return home for lunch and ordering into the office became commonplace.

But restaurants were slow to react to the shift - eateries’ single phone lines were intended for calling suppliers, not taking delivery orders - so Rashed set up an online portal backed by a call center which relayed orders to restaurants.

Rashed sold after seven months to ITWorx for a sum he declined to share, but confirmed it was in the region of $150,000 to $300,000. A year later ITWorx sold the site to ISP provider LinkDotNet (which would become OTVentures) for four times that, according to Amin.

Accelero Capital bought Otlob and 10 other non-core ventures from OTVentures in December 2014 - the same time that Rocket made its first approach - for EGP140 million [just over $17 million USD today], putting an average value of almost $1.6 million on each business unit.

Cracks in the facade

Yet today it’s clear those growth rates were not maintained by LinkDotNet and OTVentures.

When ITWorx bought Otlob, it was doing 30 orders a day. When it sold Amin said they were doing 1,000 orders a day, although Otlob disputes this, saying the company was only making up to 200 orders per day.

In 2015, Amin discovered via his own more recent investigation that the company was taking around 3,000 orders a day.

Otlob has, according to company documents, more than 200,000 customers and more than 500 restaurant partners and an almost unrivalled dominance over the Egyptian market.

Talabat became MENA’s largest ever official startup exit in February when Rocket bought it for $170 million.

Or Yemeksepeti, founded a year after Otlob in 2000, which was sold in May to global food-ordering leader Delivery Hero for $589 million. It processes about 100,000 orders a day, has 10,000 partner restaurants, and is active in Turkey, the UAE, Saudi Arabia, Lebanon, Oman, Qatar, Jordan and Greece.

If Otlob was operating on similar metrics to Yemeksepeti - about 10 orders per restaurant per day - it should be handling a minimum of 5,000 orders a day rather than 3,000, and would be worth around $30 million.

Furthermore, had it continued to grow at a similar or even at a lower rate than its Turkish counterpart, it would be worth considerably more than $12 million, or even the $20-25 million price tag that was rumoured on the Egyptian street.

Given the potential of Egypt’s market - its population is more than double that of the next largest MENA country and 23 percent of all Egyptians are using smartphones - and Otlob’s first mover advantage in online food ordering in MENA, why is it so far behind its peers?

The reason is partly management, partly margins, and partly the tough Egyptian marketplace.

Amin said that during the years when Otlob was part of OTVentures’ larger portfolio it didn’t receive the attention or the resources it needed to grow, nor was the market potential well recognized.

This was confirmed by A15 CEO Fadi Antaki.

He told Wamda that LinkDotNet’s reason for buying “dot.com” companies in the early 2000s was to push Egyptians into using the internet more. Otlob’s core business of food ordering was not one of LinkDotNet’s priorities. Low internet penetration did not help.

“It took a while before it got the right focus,” he said. “It basically did not get the right financing and the right focus at the time… In OTVentures at the time you had four big monsters in terms of companies and all the rest are small products. So without creating a department focusing on these products they would have been diluted [amongst] the big companies”

In 2010 Otlob was shifted into OTVentures where it got a little more attention, but Antaki said it was still a small business in a large portfolio of larger companies. In 2012 a decision to expand into Saudi Arabia was a “distraction” which was downgraded after the realization that competition in the Gulf state was very high and the move requried more investment than expected.

Ashraf believed Otlob was operating in a comfort zone. He said 80 percent of Otlob’s orders were for the large chains, a figure he said was well known in the local food and beverage sector, and the company needed to start investing in new ways to attract customers.

“I think Otlob is not going the extra mile to market itself,” he told Wamda.

Oltob's current management says it started taking commissions on orders in 2006 and they were higher than 3 percent.

Talabat, on the other hand, makes an average of 17-18 percent on each order.

And finally, although the market is massive compared to any of the Gulf states and bigger than Turkey it’s not easy.

Ashraf cofounded Engezni as a rival to Otlob in 2013, thinking they could automate the whole process, but quickly pulled out of that particular sector when they realized Otlob had perfected the system for Egypt: a large call center able to support orderers and still-tech-unfriendly restaurateurs.

Ashraf said unless Engezni could immediately do 3,000 orders a day, they wouldn’t make enough money.

The good news is the last two years have been a turn-around period for Otlob.

In early 2014 Walid Elsaadany became managing director and Antaki stepped into the CEO role at OTVentures.

He said resources really started to be devoted to Otlob from 2013, with a focus on getting the right talent, building a proper analytics and reporting system, pulling back the strategy to growing in Egypt first, investing in marketing and relationships with restaurants, and beefing up the operational side.

“By 2014 the numbers really started making sense,” he said, adding that they’d not intended to sell quite so soon but Rocket approached them at the end of 2014.

“We are very proud of Otlob’s turn-around story and expedited growth over the last two years and seeing the great potential of the platform, we’ve allocated considerable focus and investment into OTlob through our Catalyst Acceleration,” he said.

Amin said indications for the company under Rocket’s helmsmanship are good.

They’re planning to renegotiate contracts with restaurants to bring them into line with those elsewhere in the region and triple orders by the end of the year, proving that it is possible to polish a neglected business in a good market.