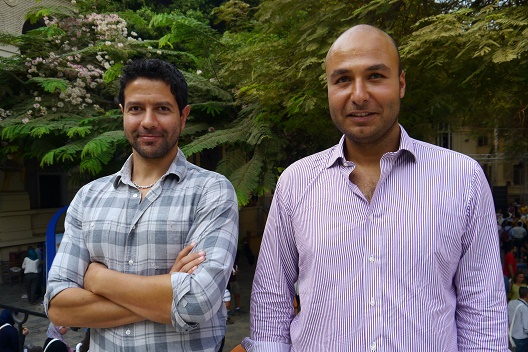 Cofounders Sherif ElRakabawy and Mohamed Ewis announced the deal today, which will mark the first outside investment in the startup which has been bootstrapping until now.

ElRakabawy told Wamda they signed the deal in August but had kept it under wraps to finalize paperwork.

“We will use the money to expand our user base and grow geographically. We're also investing in our home-grown technology to scale it up,” he said.

“Merchants value our traffic due to its high conversion rate, and this hasn't changed. User numbers have been growing steadily since we've launched last year.”

The startup will follow a plan ElRakabawy outlined to Wamda last year which is to scale first into the UAE, a goal that only 3 percent of Egyptian entrepreneurs achieve yet 32 percent dream of, according to a recent Wamda Research Lab report.

The online price comparison site went live only in June 2014 after a two-year germination period. By July it hit 100,000 visitors after a blog post went viral, although that huge traffic boost returned to a still respectable 45,000.

Yaoota's revenue comes from users clicking through to merchants and making a purchase; the conversion rate for users following through on purchases is 2.5 percent.

In October 2014 ElRakabawy told Wamda merchants were regularly asking them for data analytics and insights and they were working on a solution which would add an extra revenue stream.

ElRakabaway said today that for now, however, the company is focusing on cost-per-click.