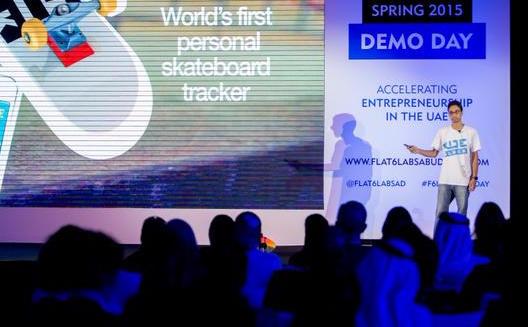 Are you ready for more Demodays? (Image via Flat6Labs)

Tunisia has an impressive number of entrepreneurship training and mentoring programs, despite its small size.

Still, as is often the case for  young entrepreneurial ecosystems, those programs occasionally lack professionalism and efficiency.

Five years after the political and cultural revolution that shook the country, foreign accelerators are opening premises, successful entrepreneurs are coming to the rescue and traditional players are updating their programs.

The famous American accelerator Founders Institute is kicking off its idea-stage program on November 11.

Boost, a seed-stage accelerator created by actual entrepreneurs, will start its second class in December.

The right time for Tunisia

“[We have] an educated population, easy access to resources on the internet, a thirst for change, and potential for growth [following the changes on the political scene].”

The interest Tunisians have in entrepreneurship is clear, but startups too often run into obstacles after receiving their initial training, Ghariani said.

“Execution somehow fails to reflect the potential of their concepts, which makes it hard for them to reach the funds available,” he said. “There is nothing to help people go from the training, ideation stage to the MVP level.”

“In Tunisia, there are early-stage [organizations] but they don’t offer support,” explains Adel Beznine, a former HR manager who started working in entrepreneurship in 2007 when he developed a entrepreneurship program for Intel.

“Since 2011, with Walid [Sultan El Midani, founder of gaming studio Digital Mania and one of the leaders of the startup scene], we received hundeds of entrepreneurs who wanted help on fundraising and business model restructuring,” Beznine said. 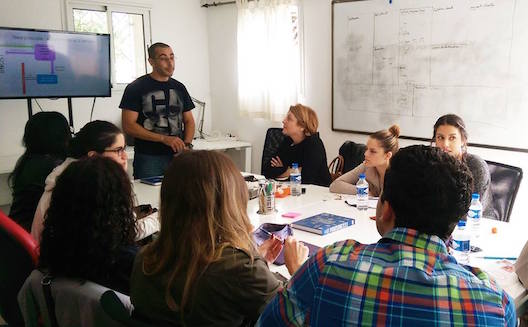 Training at Boost during the first cohort. (Image via Boost)

Could we be on the verge of overheating?

All the players agree that the emergence of so many newcomers mean that demand is growing.

“We got more than a thousand attendees at the events we organized since September,” Ghariani said. “We believe that Tunisia is full of potential successful entrepreneurs who might not even know it yet and we are here to help them jump in the most exciting adventures of their lives and build meaningful and enduring companies.”

The situation is a bit different for early-stage startup.

"There’s not enough entrepreneurs [in tech] but we’ll get there,” Beznine said. To ensure the scaling potential of its companies, Boost decided to open up their scope to all startups that have potential to scale and are two to five years old.

Founders Institute received 141 applications for their idea-stage accelerator, mostly from young people working for corporations in the health, IT, finance, and agriculture sectors. Twenty-five entrepreneurs were selected.

“One of our goals is to create a pipeline of solid entrepreneurs for more advanced accelerators, incubators and investors in our ecosystem,” Ghariani said.

Founders Institute doesn’t offer capital. Instead, entrepreneurs pay a $475 fee – mostly to prove their commitment – and give up 3.5 percent equity in their company.

Accelerated founders will go through a three to five month program conceived at the flagship Silicon Valley chapter, with one mentorship session per week for a total of 14 sessions.

Although not much information has been disclosed about Flat6Labs' upcoming program in Tunis, one can imagine, based on what they’re doing in Egypt, Saudi Arabia and the UAE, that they would also be targeting entrepreneurs with an idea but no minimum viable product (MVP).

As Wamda reported in March last year, the accelerator will open in spring of 2016. The accelerator will provide seed funding and again, based on their other programs, this is likely to be somewhere between $10,000 and $20,000 in exchange for a 15-20 percent equity stake.

Founders should be expected to work on their startups full-time in Flat6Labs upcoming workspace in Tunis, and will receive strategic mentorship, a multitude of perks, entrepreneurship-focused business training, and direct support.

Start’Act is looking to offer “young companies who have already started their activities support to reach markets or boost their growth”, said Mondher Khanfir, CEO of incubator Wikistartup which launched idea-stage accelerator Univenture, and Start'Act alongside Carthage Business Angels.

The team is currently selecting startups in ICT and media, energy, agrifood, biotechnology, and healthcare, who are past the prototyping phase and intend to scale significantly, and have enough cash to reach their goals.

They will invest five to 20,000 Tunisian dinars ($10,000) and offer five months in a startup bootcamp program. Contrary to Univenture, founders will not receive structured training but will be mentored.

Start’Act will not take equity but will charge success fees on fundraising and revenue growth that is enabled by the participation of the startups in the program.

Similarly, Boost will kick off its second program in December with six startups that have a product or service on the market.

Boost's goal is to help the companies grow their business in three ways: access to finance, access to markets and founders’ empowerment.

Startups are mentored by volunteer entrepreneurs and trained by a variety of paid coaches (personal, sales, communication, among others).

This accelerator works closely with the diaspora to facilitate knowledge transfer, and to get access to foreign funding and markets.

Only time will tell if Tunisian entrepreneurs can prove those accelerators right and show whether or not Tunisia has what it takes to get a success story.