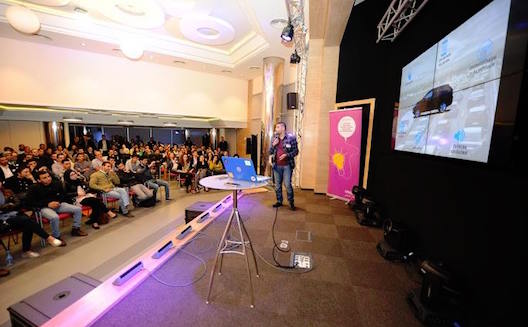 Eyes were riveted on startup at a Pitch Lab. (Images via New Work Lab)

Organized by New Work Lab, the NWL Expo aimed to spotlight launch and growth-stage startups, give them feedback, and acquire clients.

Since she opened the coworking space in 2013, Biaz has fought for survival with one goal: promote the entrepreneurial mindset.

Three years and a few partnerships later, New Work Lab is moving forward with an ambitious events agenda, a training program and a national launch.

When Biaz opened New Work Lab in May 2013 she envisioned it as a coworking space and a place for entrepreneurs to meet.

NWL quickly became a key player in the startup scene but Biaz could barely keep the place running. The entrepreneur felt lonely: monetizing events was hard and the coworking space was far from full.

In September 2014, she signed a partnership with Moroccan telco Inwi who signed on as Pitch Lab’s sponsor.

“Were they not there, we would have closed,” Biaz admitted.

The founder has shifted her focus away from coworking to the Pitch Lab series. She offers pitchers visibility and commits to connecting them with the right person after the event.

“[This partnership] allowed us to support 45 entrepreneurs,” Biaz said.

The event has grown from 80 participants to 220.

“Many participants were coming back every month,” Biaz explained. “They came to find inspiration, meet entrepreneurs, unlock an entrepreneurial mindset. This helped many people take the leap.” 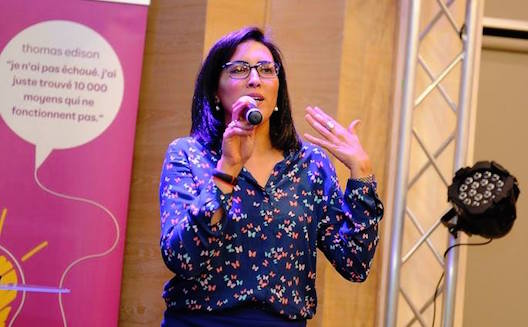 In early 2015, the American embassy in Morocco invited Biaz to join 10,000 Women, an international initiative organized by Goldman Sachs.

“I was about to close before I joined this training,” she said. “This program helped me take a step back, find my motivation again, and not give up.”

The company will develop along three axes: connect entrepreneurs to the market, improve their skills, and help them expand outside Casablanca.

With the help of five new hires, Biaz will organize 10 to 12 events every month.

In addition to Pitch Lab, New Work Lab will organize events with names such as Find your CTO, 500 Volunteers, Hello World, Tea and Tech and will host events organized by partners. 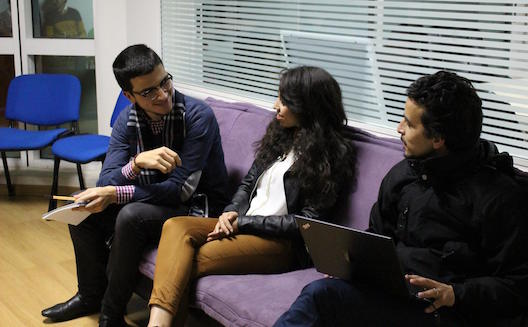 New Work Lab, which calls itself a change instigator, is also going to start its own training and mentorship program called New Work Class.

Twenty selected entrepreneurs will take part in night classes once a week for 12 weeks to turn their idea into products. Training will be conducted by Biaz and experts.

It’s not the only training program in Morocco to see the light of day lately.

For a year now, social entrepreneurs have had the possibility to join Casablanca-based accelerator Eiréné4Impact and, more recently, the Dare incubator in Rabat.

Aspiring entrepreneurs who are not in impact entrepreneurship can also participate in Startupia’s workshops, and the accelerator NUMA Casablanca.

By the end of the first trimester, New Work Lab will launch new activities in new cities.