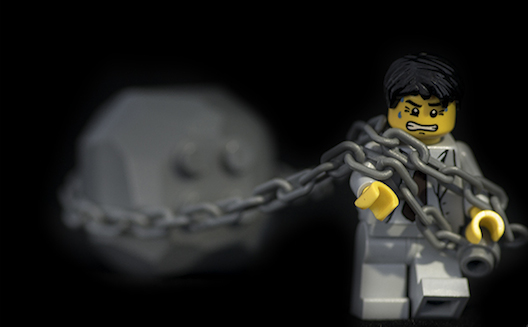 There's something holding them back. (Image via Dwass at Foolishlego.com)

With 2015 drawing to an end, suffice to say it has been another hectic and action packed year for Turkey’s tech startup scene.

While guest speakers from around the world undoubtedly drew the crowds, including such luminary figures as Silicon-Valley based entrepreneur and academic Steve Blank, each of the mentioned events ran competitions which provided opportunities for entrepreneurs young and old to receive mentoring as well as showcase their businesses to potential investors. 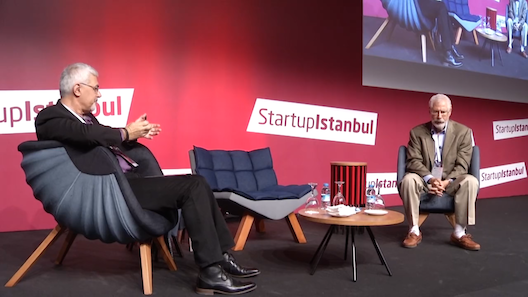 Steven Blank (right) with words of wisdom at Startup Istanbul 2015. (Image via Startupist.com)

In each case, contestants were given several minutes to pitch their business to a panel of experienced investors and entrepreneurs.

The competition at all three events was as expected intense, however what was patently notable was the lack of local talent at the ‘business end’ of all three competitions.

It can be legitimately argued though that this year was something of an exception given that in previous years there had been Turkish winners.

Whilst this might indeed be the case it is still worth examining the local startup scene to shed some light on why it might be lagging behind many other countries in the MENA region.

Pools of talent and support

On the face of it, Turkey has enormous potential to exponentially expand its fledgling tech startup market.

Its geographic position, straddling Europe and Asia, makes it attractive to investors given the accessibility of numerous emerging markets.

This was a major reason why Japanese investor Teru Sato from VC firm Beenext said the Turkish tech startup market was different from others in the region, and therefore attractive to him. 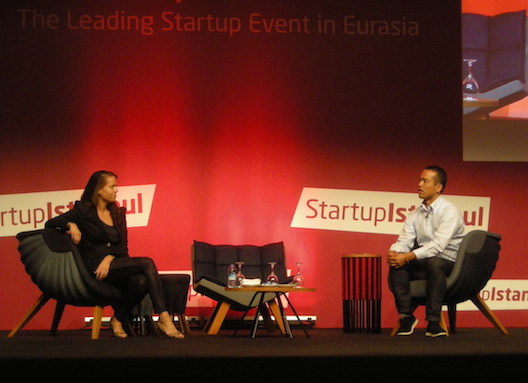 The demographic breakdown in Turkey – half of the country’s 77 million population is under the age of 30 - is also a potential benefit, providing a rich talent pool of early adopters and tech innovators.

This is especially significant due to the high proportion of university graduates studying relevant courses in mathematics, engineering and in IT.

Indeed Turkey, where 18 percent of students study one of the sciences, fares quite favorably in percentage terms compared to many other countries including the US, Holland, Norway, Poland, Brazil and Chile.

The most widely known is the Scientific and Research Council of Turkey (Tubitak), which has a variety of programs including offering subsidies for R&D costs of technology startups to additional investment capital to venture capital funds and angel investors.

In addition, there are a small but growing number of business incubators like the non-profit Endeavor Turkey, that aims to connect a select number of startups with potential investors, or with partners to accelerate their growth. 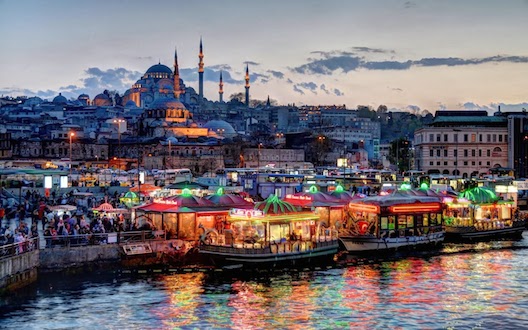 Bright lights but big money for startups? (Image via Allevents.in)

Private sector investment in tech startups is comparatively small compared to other emerging markets, reflecting a level of unease about the current state of the economy and the weakness of the Turkish lira.

Nonetheless, a number of local venture capitalists and angel investor companies have emerged in recent years such as 212 Capital and Galata Business Angels. They and others have been instrumental in helping to develop a digital ecosystem, which has caught the attention of international capital firms such as Startup 500.

A market still in its infancy

In recent years there have been several instances of major international investments involving Turkish startups.

By far and away the largest of such deals saw Berlin-based online food provider Delivery Hero acquire Turkish food distributor Yemeksepeti in May for $589 million.

Such examples of major investments in Turkish startups are something of a rarity, although it is not altogether surprising given how relatively new the local tech startup scene is.

Both Hepsiburada and Yemeksepeti were only formed around 15 years ago, when the first cluster of local internet startups emerged in the country.

Over the course of several discussions with both local entrepreneurs on the subject of opportunities for potential growth, the point was made that the development for successful digital ecosystems in parts of Europe and the Middle East began much earlier that it has done in Turkey, and that it took just as long. In time, more repeat success stories should inspire a new generation of entrepreneurs.

The need to think big

Another suggested reason why the Turkish market lags somewhat behind other countries in terms of development has to do with the mentality of the entrepreneurs.

Many of those familiar with the local setup, such as Startup Istanbul organizer and seed investor Burak Buyukdemir, made reference to the “inherent entrepreneurial spirit” prevalent within Turkey. 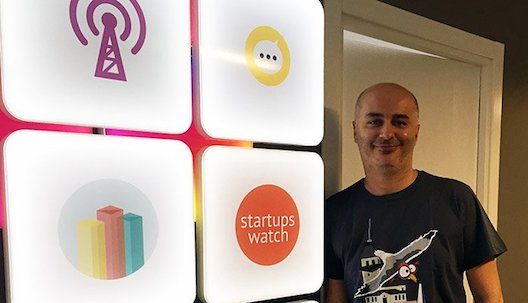 Although, according to another experienced entrepreneur and founder of the investor analytical firm startups.watch Serkan Ünsal, “Turkish entrepreneurs really need to alter their thinking regarding the market they are seeking to enter”.

He asserted that all too often “entrepreneurs are not trying to think globally” and are instead “looking at the Turkish market as enough”.

This mentality needs to change Ünsal said, citing the example of successful well-known Scandinavian companies Skype and Rovio, whose founders thought globally from the start.

There are of course more measurable explanations.

Clearly, political and economic uncertainty in Turkey has had a detrimental effect in attracting international investment in 2015.

However, with November’s parliamentary elections having now passed, those concerns could soon subsidize and the lira may eventually start to strengthen.

According to Credit Suisse, the income disparity gap of Turkey is second only to Russia, but in time this might also lessen, broadening the potential customer base for many local startups and lowering the barriers to entry for others interested in running their own business in the tech industry.

Obviously these factors are conditional, but given a little more perseverance and good fortune the local tech startup scene should start to bear more fruit.