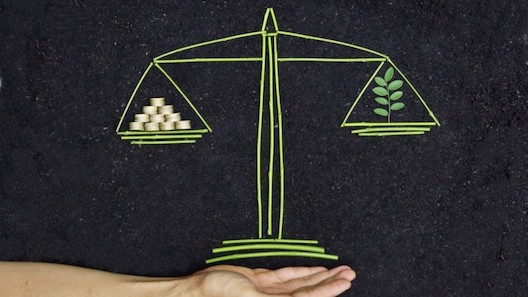 Are CSR initiatives incompatible with the profit motive? Not necessarily. (Image via Business Review Europe)

One of its present definitions describes it as the concept of voluntarily integrating social and environmental concerns into business operations, but this is not to say that CSR is philanthropy.

Rather, it is about the ways companies treat their employees, produce and market goods, interact with various stakeholders, and how they conduct daily business.

The debate about the nature of, and need for CSR is far from settled. Arguments in favor mainly relate to long-term benefits to the firms, while critics believe resource allocation outside the company’s core business is an inefficient strategy.

According to economist Milton Friedman: “There is one and only one social responsibility of business - to use its resources and engage in activities designed to increase its profits so long as it stays within the rules of the game, which is to say, engages in open and free competition without deception or fraud.”

A good illustration of that philosophy is Alfred Sloan’s decision not to use safety glass on Chevrolets in 1929, contrary to ethical considerations: he did so to avoid reducing the company’s bottom line, stating that “it is not my responsibility to sell safety glass” and that “we are not a charitable institution - we are trying to make a profit for our stockholders”.

Others argue that social and environmental activities are the responsibility of governments, but not businesses. At a time when taxpayers’ money for social projects is managed by several layers of elected representatives who (supposedly) make accountable decisions, business managers cannot be trusted to singlehandedly take on the same responsibilities, and “the use of companies’ resources to further social goals amounts to managers’ usurpation of the political function”.

These thoughts are reinforced by the fact that governments sometimes have the ability to enforce regulation across the spectrum, thereby eliminating the issue of competitive disadvantage for firms who adopt CSR versus those who do not. The question there is how to address international competition if some firms are forced to comply with regulation in their home countries while others are not.

Supporters of CSR say it can bring economic benefits to the firm, a statement that can be justified by several factors.

Impact on reputation and brand image is an example of how social and environmental awareness can translate into financial value. The Reputation Institute estimates that CSR impacts 40 percent of the brand image value; that is quite a high figure in light of the fact that brands may be valued at billions of dollars and account for a substantial share of a company’s balance sheet assets.

Another argument in favor of CSR is the emotional link it can establish with certain stakeholders. Voluntary action in support of animal rights for example may appeal to certain consumers who feel strongly about the issue.

In addition, the firm’s positive image may attract more job seekers, and help increase the sense of pride of the existing work force, thereby improving retention and performance rates. 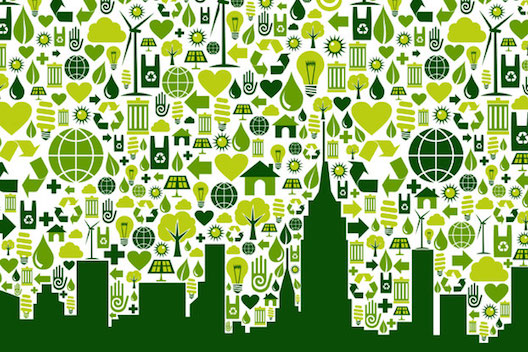 It is important to choose CSR activities that can both allow the firm to contribute in the best way it can, while potentially benefiting from the project. (Image via rym.fi)

Yet an additional argument in favor of CSR rather than official intervention is in governments’ inability to enforce regulations.

Developing countries, for example, have weak legal systems and simply do not have the means to regulate corporations. Meaningful scrutiny may be expensive and constitute a burden on economies, even those of some developed countries.

Moreover, governments can sometimes be less efficient than the private sector and would therefore do a worse job at sponsoring social, environmental, and other CSR projects. The problem is even more pronounced when such governments are corrupt.

Companies such as Google, Nestlé, IBM, Unilever and Walmart have already started looking for synergies between their own financial performance and society at large.

How can startups ‘do’ CSR?

Is CSR a game solely for the big players, or can it also apply to SMEs and startups? Larger companies obviously have more means and garner media attention, which is why many of them are nowadays addressing that topic in one way or another.

As far as smaller companies are concerned, and if nothing else, “pressures on the larger corporates will inevitably translate into pressures on their suppliers, including SMEs”.

Smaller entities keen to engage in CSR ought to remember that it can be scalable, provided realistic expectations outline the endeavor.

SMEs must not bite off more than can they chew, through limiting their engagement to interactions with the local community, or choosing one or a limited number of colleges, or charities, to interact with.

It is important to keep in mind the value of choosing activities that can both allow the firm to contribute in the best way it can, while potentially benefiting from the project. A startup reducing waste in its operations for example can make the venture eligible for certain categories of funding such as those from green organizations and other government programs.

It is equally important to pay attention to issues close to home, while engaging the wider community, as a poorly executed CSR initiative can be more detrimental than having no CSR at all.

A practical example relates to mistreatment of employees, or shifting focus away from product quality, in order to pursue other social or similar projects.

Regardless of the business case’s validity, CSR has become a reality that firms have to deal with. Instead of viewing relationships between businesses and society as a zero-sum game, managers should embrace and strategically plan CSR actions to create and sustain competitive advantage.