Countries in the Middle East and North Africa (MENA) are in the midst of a tremendous inflection point, with the future of the region’s youth hanging in the balance.

Over 30 percent of MENA’s population are between the age of 15 and 29, meaning that over 100 million young Arabs, the highest proportion of youth to adults in the region’s history, are in the formative years that will determine the course of the rest of their lives.

Their success or failure contributes to the fate of the entire region.

According to the World Bank, in order for MENA’s economies to accommodate the next generation of job seekers, 100 million new employment opportunities need to be created by 2020.

Exacerbating this need, is the fact that MENA has the highest unemployment rate of any region in the world and outsized levels of youth unemployment are projected to persist, in part due to education systems that are lagging behind the changing world around them. For example, MENA countries graduate fewer students in STEM (science, technology, engineering, mathematics) fields annually, compared to other regions.

Further, there are many young people in MENA whose futures look particularly dim as a result of war. Many young Syrians, Iraqis, Libyans, Sudanese, and Yemenis will likely never see opportunities for education and employment outside of a war zone or a refugee camp.

The conflict in Syria in particular is the world’s biggest contributor of displaced persons and refugees today, and nearly three million Syrian children are not in school as a result. It is estimated that there are over 100,000 university-qualified Syrians that were enrolled in tertiary education before the war; who have been forced to postpone their studies and seek refuge.

Despite significant challenges, there is hope that the region’s leaders and decisionmakers can enact changes and equip youth to redirect the trajectory of the region. For some, that hope lies in the promise of utilizing innovative digital technologies to increase access to high-quality education.

Egyptian startup Nafham is an example of how entrepreneurship and innovation, as well as rising Internet and mobile penetration rates, can enhance the region’s ability to keep pace with the future of work.

Nafham is an online platform with free Arabic educational content. The curriculum is designed to allow students to ‘learn while doing’ through experimentation and sharing their new knowledge with others. In essence, Nafham is a quintessential tool for developing the ability to “learn to learn” in MENA.

“[Nafham] allows people to communicate and to explain topics to each other,” Nafham founder and chairman Ahmed Alfi told Wamda.”In explaining a lesson two things happen: one, the person explaining, who is often a student themselves, learns the material better. And second that a variety of options for communicating and explaining topics becomes available to the person seeking knowledge.”

He said that of the 500,000 students using the platform every month, 15,000 were from inside Syria and an unknown number were accessing Nafham from refugee camps.

Other startups in MENA are using technology as a means to serve some of the region’s most vulnerable people. Refugee Open Ware (ROW) and 3Dmena in Jordan are applying the technologies of the Fourth Industrial Revolution to equip communities affected by conflict with the skills to take part in a 21st century economy. 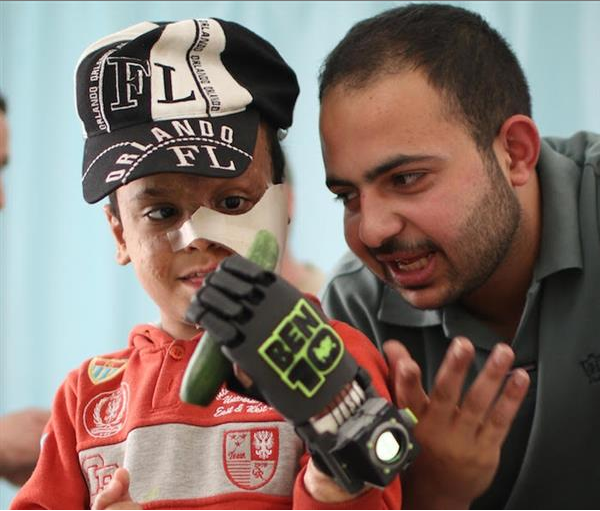 The hand was 3D-printed in carbon fiber-reinforced co-polyester material by Asem Hasna, a Syrian refugee on the ROW team who learned 3D printing in three weeks. (Image via 3ders)

“We have an opportunity to capitalize on the tools of the Fourth Industrial Revolution, an economic transformation that is a thousand times greater than anything that came before it. The question is: Can we match this opportunity with necessity, and can we afford not to?” Levin said.

Documenting the need for Edtech solutions

Maysa Jalbout is the CEO of the Abdulla Al Ghurair Foundation for Education, one of the largest privately funded philanthropic education initiatives in the world, and knows that providing young people with education opportunities is essential for the region’s survival.

“I don’t see investing in technology alone as going to improve the quality or access to education, but we are in a very unique time in history where technology is disrupting everything,” she told Wamda. “I feel that this region is very much under threat that it is not going to be able to catch up with the innovations that are happening on a global level.” 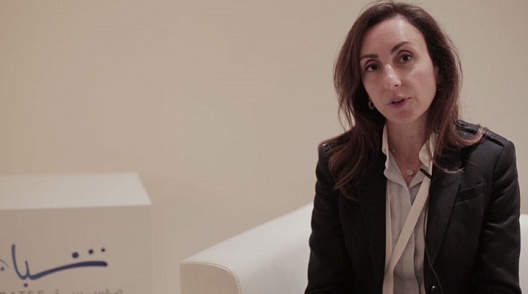 She coauthored a new working paper from the Brookings Institution titled “Will the technology disruption widen or close the skills gap in the Middle East and North Africa?”, shedding light on the future of work, its implications for MENA’s youth, and offering recommendations for addressing the structural unemployment gaps facing the region.

The paper highlights five trends that signal opportunities for the region:

2. More automation is bringing an end to traditional jobs. There is a need to develop opportunities for highly skilled workers and to enhance formal skills such as communication and problem solving.

3. The explosion of data analytics has seen a rise in demand for higher-order analytical skills and advanced digital literacy, as well as strengths in science, technology, engineering, and math (STEM) subjects, in particular computer programming.

4. The rise of new forms of media is changing the nature of learning and our understanding of how children learn. Gaming, animation, and other types of virtual networks are demanding a new form of literacy and are promoting new models for collaboration and communication.

5. As the nature of work is changing, so also are the structures of organizations. They are becoming more diverse, not only in their makeup but also in their operations, resulting in more flexibility and opportunity. This means that workers are expected to become more adaptable to changing environments, have an awareness of various cultures, and know how to function and communicate in virtual environments.

Adapting to a changing world

Many of the jobs that we take for granted today will no longer exist in the future. The World Economic Forum (WEF) estimates that “65 percent of children entering primary school today will ultimately end up working in completely new job types that don’t yet exist”.

Jalbout believes the region no longer has the luxury of time and must start thinking about how to prepare young people for those future jobs. “That means really emphasizing continuous learning and independent learning so that young people are not just recipients of information.”

Leap-frogging outdated education systems with new technologies, while also changing educators’ mindsets that have perpetuated those systems for decades, would require collaborative, cross-sector - particularly private sector - efforts: “no one group can take on the problem alone.”

“There is huge potential for collaboration around innovation, especially in terms of entrepreneurs who are building up technology solutions to direct those tools toward social impact,” she said.

No doubt, digital technologies and 21st century education initiatives will continue to play an integral part in the future of MENA’s youth. Notably, more than 50 percent of all individuals in MENA are connected to the Internet,and smartphone penetration stands at 20 percent across the region.

For Jalbout, in many cases the traditional “brick and mortar model of school is clearly not working, it won’t scale with the situation on the ground, digital technology and e-learning are huge opportunities for change, and are under-tapped areas that are worth investing in.”