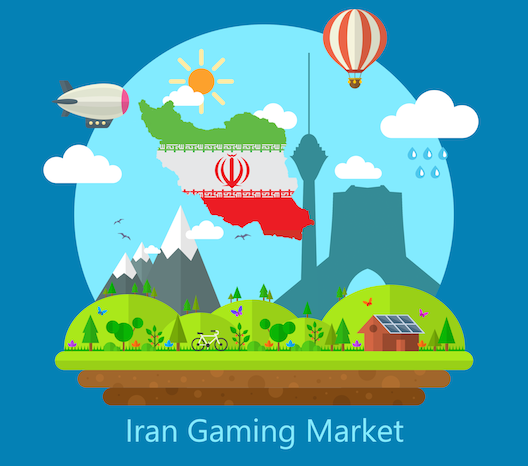 Such a large market, with a few hurdles still. (Images via Sourena Game Studio)

Yesterday I shared some statistics on who is using the internet in Iran and how, today we’ll take a look at how this all affects one of Iran’s burgeoning markets - gaming.

According to officials from Iran’s Supreme Council of Cyberspace, Iran has 25 million gamers. Of these they say that 2.5 million are expert gamers who are interested in playing PC and console games.

Windows on the PC is the number one operating system. At 98.5 percent the most popular versions of Windows are Windows XP and Windows 7.

Really no revenues for PC products

With most PC platform products being copies there is no meaningful turnover.

For the last generation of consoles (XBOX 360 – PS3), there would not be a turnover at all for product owners because they have been cracked easily by hackers. The only way to have impressive game revenue in the PC-console market is to concentrate on game console hardware sales, their accessories and the latest, the ‘eighth-generation’ of consoles games (XBOX one-PS4).

Mobile and online client games markets, are a different matter though. They have a good chance at appropriate game revenue and copyright because most of them are F2P (free-to-play).

For example, more than 8.5 million people play ‘Clash of Clans’ in Iran, despite the fact that the game’s developer, Supercell, doesn’t have a representative in Iran.

"Previously, without access to Visa or MasterCard, users inside Iran were unable to buy ‘gems’ for the game. These are what players use to boost and speed up the building process in ‘Clash of Clans’. To bypass this, players would buy credits from a third party website for the in-app purchases. Recently Supercell and Cafebazaar formed a partnership making it possible for 'gems' to be bought in-country."

This means that when developers or app stores are collecting data on their users, Iranians, as users, won’t even register. 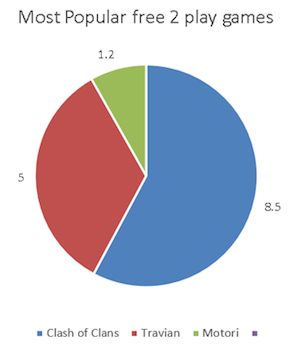 Mobile and online client games markets, are a different matter though. They have a good chance at appropriate game revenue and copyright because most of them are F2P (free-to-play).

For example, more than 8.5 million people play ‘Clash of Clans’ in Iran, despite the fact that the game’s developer, Supercell, doesn’t have a representative in Iran.

Most popular games in Iran

The highest rated games on Steam

Where they buy the games

Officially, most large foreign online game stores, such as GooglePlay, Appstore, and Steam are not available in Iran.

As a result, Iran is one of the few countries where there are domestic equivalents to the international market leaders. There are about 10 online stores in Iran but the four most popular are Cafebazzar, Plazza, Myket, and Iranapps.

Researching their annual reports, in 2015 their total sales were around $40 million, most of which is made on products with in-app purchases. This includes application sales which is set to increase by 15 percent in 2016.

Some gamers who are more au fait with the net like to use VPNs (virtual private networks) in order to access international game stores, despite the fact that the number of Iranian equivalents has grown massively in the last few years. 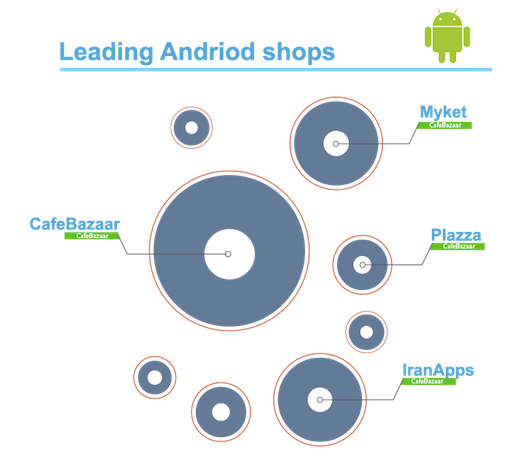 Despite these online stores though you can’t get one that will do PC and online games - so we’re in the process of launching a beta version of Gameup.ir. Along with the games it will also be working to support the mobile game market and the major advantage is that it will represent game service for different games.

So when it comes to the money that is often time where foreign game producer companies hit a brick wall with Iran. They need to find a simple and efficient way to process payments. This is difficult.

Due to sanctions, Iran has faced problems when connecting to the global financial network. Most people inside the country have no access to MasterCard, Visa cards, or the PayPal system at all. Rather, the unique method for payment is a local payment system called Shetab.

The Shetab (Interbank Information Transfer Network) is an electronic banking clearance and automated payments system used by all card issuing banks in Iran. This totals around 300 million debit cards, connected to the Shetab; building up a uniform card payment network where all issued cards are accepted in all acquiring terminals. Approximately, each person in Iran has three or four debit cards -  credit cards are not so popular.

The online payment portal used on all Iranian sites is Shaparak. It means every person who has a debit card from any bank could pay online.

When it comes to online transaction, foreign companies face problems in adopting online payment system because it needs to get an approval from the Ministry of Industry. There is a procedure for being officially recognised by the government in order to become a part of Iran's online transaction system; usually it takes at least 60 days to be done. The system, from Enamad.ir provides you with a ‘trust’ logo. 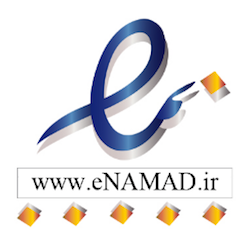 When it comes to online transaction, foreign companies face problems in adopting online payment system because it needs to get an approval from the Ministry of Industry. There is a procedure for being officially recognised by the government in order to become a part of Iran online transaction system; usually it takes at least 60 days to be done.

When it comes to language, most available games are in English. This isn’t something that is a problem for expert gamers but our work with Travian Games, and various game developers and publishers, you can see a big difference between localized games and English games - largely because most Iranian players are not English speakers.
Considering the fact that there are 23 million gamers, both on mobile and PC, you’d be better to have a plan to add Farsi language to your game. Farsi, Iran’s official language, is the most widely spread language in south-east Asia.
A sophisticated market
If you want to get into this market and be successful, you have to be patient.

There are Islamic regulations. This means that all artistic, cultural and entertainment products must obey these regulations. For example the games which include inappropriate content would not get an approval, censored content often includes information that relates to pornography, anti-security of the country, anti-Islam and certain anti-religious content. Also women’s bodies should be covered at all times (upper body and feet).

However, in support of IT service developers the government policy is that they do not charge for the online accounts - so currently, no fee for online transactions.

Coming from outside Iran, what to consider

If you have a PC or mobile game and you want to distribute it via online game stores in Iran, you have to link the product to store’s online payment portal. Normally each store has a specific API itself so you do not have to waste your time getting the official stamp of approval from the government (Enamad.ir).

You have to get your game rated with a local rating system called ESRA (a localized version of ESRB [Entertainment Software Rating Board]). This can take two weeks but a local publisher will do it faster. Then, for every foreign game, whether PC or online, you need a distrubtion license from Ircg.ir and Ebazi.org.

The localized rating system for games. A must have.

When it comes to payment, usually these stores would ask for 30 percent commission and you will get paid once in a month.

Also, currently you have to pay 9 percent VAT (Value Added Tax) on service you get from the store, To reduce the country’s dependency on oil incomes, the law on ‘Fifth Five-Year Development Plan’ has anticipated an annual one percent increase in the VAT rate.