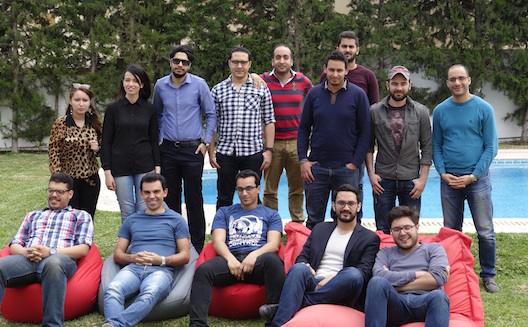 On Monday, almost a year after their launch, Tunisian startup Expensya has raised a seed round from local and French business angels, and France’s public investment bank Bpifrance.

While the amount is confidential, Expensya founder Karim Jouini told Wamda the ticket was of an average size for a seed round in France (European tech publication Tech.eu labels European seed rounds as under the €500,000 (US$560,000) mark).

When they launched a year ago, their service was simple: users would take a pictures of receipt and Expensya would process it and add it to a dashboard accessible by the person in charge of accounting.

The services now processes electronic invoices (emails and pdfs), VAT and mileage expenses. Over all, Jouini told Wamda they had improved the recognition technologies and the process. They’ve also made improvements to help the people in charge of accounting manage all the information. They’ve added features including analytics, a multi-level approbation system, and integration with SME’s information systems.

This first year proved there is a market-fit. “Employees are ready to pay [for the service] themselves, that’s how much they hate that task,” he told Wamda. Still, selling, especially a cloud service, was the difficult part of growing the service. They’re now relying on accounting and resellers to evangelize SMEs.

The startup, founded and self-funded by a Jouini who was educated and trained in France, is targeting the French and broader European markets but is based in Tunisia.

The company plays with both the advantages of Tunisia, quality of life and low costs, and that of France, funding, support, and mature market.

Of its current 16 employees, 14 are in Tunis. The new cash will allow Jouini to recruit, mostly in Tunisia. The team should soon be 20 in both countries.

The company hopes to break even by the end of 2016, as revenue is growing by 50 percent every month, said Jouini. Expensya has clients in Belgium, Swiss, Australia, Luxembourg and South Africa, but focuses on France, the UK, and Spain.

This round will also enable the company to continue to invest in its digitizing, archiving, and smart processing technologies.