My initial reaction to Uber’s $3.5 billion round was: great!

It is easy to frown upon the deal and question why the Saudi government would do this while there is a perfectly good and ‘cheaper’ competitor right here at home. It is very obvious that this story should have had a different headline, the one we’ve been waiting for.

It is easy for people in the MENA ecosystem to quickly point out what is wrong with this deal and the many different ways this money could have been spent instead to develop the region, but that is only looking at the negative side.

Now let’s all agree that $3.5 billion in government money not spent on weapons is a very good thing. Putting that money into startups - albeit one - anywhere makes it the best possible outcome in the case of Saudi Arabia.

It is no secret that the Saudi government is feeling the heat from all the oil it has burnt for decades. It needs to diversify its investments and lay the groundwork for a new post-oil Saudi Arabia.

The Public Investment Fund (which made the investment in Uber) will eventually control up to $2 trillion, some of which will probably be sent into tech startups inside and outside the country. If I were the Saudi government and wanted to have a ‘coming out party’ to get initiated into the tech industry then I’d go and invest in the biggest, most recognizable startup around.

It’s branding. And if I want to be an optimist, I’d think we’ll see more tech deals made by Saudi and MENA startups will make up some of those. 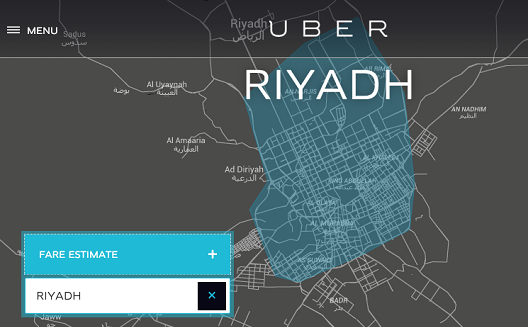 Uber's expansion into Saudi Arabia has frustrated women in the country. (Image via SustG)

Paying for an IPO

Then let’s think what $3.5 billion in a single round from a single investor means. It means Uber still needs a lot of money and is not dominant enough nor is it achieving the growth necessary to take it to IPO. It also means it could not get multiple outside investors to put up the money, nor existing investors to participate.

If you are a realist like me you should be raising your eyebrows by now.

As far as its effects on the MENA region, it is obvious that most of this money will be used for the US, China, and India markets, the remainder will go to major secondary markets like Europe.

At best 10 percent will go to Uber’s MENA operations, and although $350 million might seem like a big war chest, I happen to think this can be beaten by a rival with $100 million, a do-or-die determination, and some innovative strategies - which most would agree is a fair description of Uber’s main regional rival Careem. They raised $60 million in the last financing round, so raising $100 million is not impossible given the local startup’s growth rates.

Both companies still have big challenges in MENA that cannot be solved by spending money on marketing and discounts, or by putting more cars on the streets. For one, neither can do an accurate ETA, vehicle assignment sometimes seems random, and both are just barely scratching the surface when it comes to basic passenger transport.

Both companies also need to make sure they retain existing customers (passengers and drivers) while they go out to acquire and onboard new ones. And yes, in that model, drivers are customers too that need to be acquired, engaged, motivated, and retained.

Those issues can only be solved with innovative approaches and deep understanding of the local culture and conditions in each market. I would even go as far as saying they require more street smarts than business or tech genius.

You can only buy success for so long

For Uber it is likely that this is the last round of private financing it will get and it is about to start throwing its final jabs and punches before going for an IPO. Uber is making its final push and thinks money is the solution.

But while it does so it needs to be clever about putting resources where they matter the most, and this could mean pulling out of some markets in order to fix its balance sheets.

So let us not despair, this is a good thing for the MENA region because more money flying around is always good for startups.