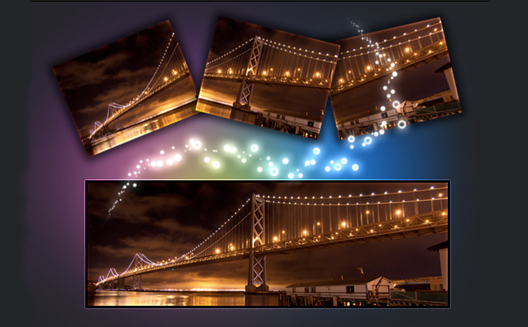 Dermandar, one of the hottest startups to come out of the Arab world this year, has just won the “World’s Best App” award in the Lifestyle and Entertainment category at the World Summit Award for mobile content.

Its iOS and Android apps, which both launched in July 2011, quickly gained popularity on the global market by offering a panoramic photo feature that allows users to take perfect 360-degree photos with a simple yin-yang alignment feature. “How Zen!” the Wall Street Journal quipped, calling it the “easiest-to-use panoramic photo app.”

In the Arab world, it’s one of the few startups to successfully reach a global market. With 6 million downloads to date and 50,000 active daily users, it stands as a reminder that simple, well-built functionality has universal appeal.

Receiving the WSA-mobile award offers a “boost in worldwide recognition,” says founder Elie Gregoire-Khoury, yet he’s not resting to applaud himself.

The app now faces competition from Apple itself, which offers a native panoramic photo option with iOS 6. It may have been the only one of its kind when it launched almost 2 years ago, but now 42 other competitors have cropped up on the Apple app store and 12 on Android, he says.

To keep its competitive edge, Demandar, also known as DMD Panorama abroad, is now expanding into social and B2B realms.

Currently, the app retains an advantage over Apple, says Gregoire-Khoury, because it provides great photos in low light, something he claims (and this author can confirm) Apple doesn’t do, and DMD offers a 360-degree view in contrast to the native app’s 270 degrees.

While users view a new panoramic photo once a second, and upload one every minute, DMD’s content is not as “deeply social” as Instagram, says Gregoire-Khoury; most panoramas, after all, are empty landscapes. But it’s ideal for certain businesses, such as real estate brokerages and sites like AirBnb, which might want to offer viewers a 360-degree panoramic view of an apartment to potential clients.

“Rather than urge people to share their private photos more, we are heading towards providing content for businesses,” he says.

The startup has already released an API that allows clients to leverage its software for a licensing fee. Thus far, it’s integrated with 3 apps, including Cycloramic, which Apple co-founder Steve Wozniak called “unexpected, fanciful and useful all at the same time.”

Another app powered by DMD is Panorama Postcards, which allows users to have a panoramic photo printed within 24 hours in Europe and sent anywhere in the world.

Next, Dermandar’s team of 8 plans to release new apps in the photo category, including an augmented reality app that will further help real estate businesses, by placing a panoramic photo digital layer over existing apartments.

"You’ll be able to point your device at an apartment for sale and see a panoramic view of what's inside,” says Gregoire-Khoury, noting that for those apps, the company might find a way to highlight the “AR” in its name.

If anything, the prize itself has only seemed to galvanize DMD to keep evolving.