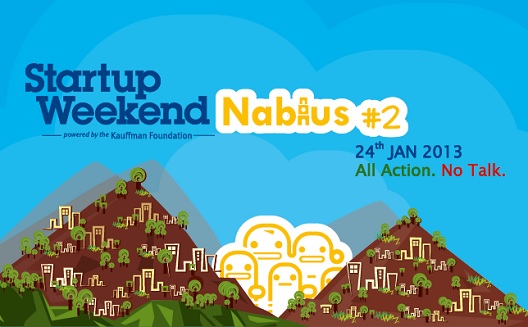 Mobile seemed to be the theme of last month's Startup Weekend Nablus, evidenced by the top five startup teams selected by the panel of local judges.

Uniquely, this Startup Weekend offered a day of technical training before the actual 54-hour competition, to prepare propsective teams. The weekend also had the support of An-Najah National University assistant professor Samer Arandi, who let the event's organizing, along with Dweikat and others of his students.

The event was also supported by the Google Developer’s Group Nablus, an independent group unaffiliated with Google that works  under the umbrella of the Engineering College in the University to encourage startup development in Palestine.

Here’s a brief look at the top five teams:

1) Bi Basata. In order to help high school graduates with their Tawjihi exams (a placement exam in Palestine for local universities), this team thought up a mobile app that helps student study for different exam subjects using checklists, infographics, and tutorial videos .

2) Fareqi. This team came up with a mobile and social Facebook app that offers recent stats and updates on global sporting news and allows users to follow a favorite team.

3) Marry Me. This slightly comical creation is a mobile app with two functions. One is to educate users about the customs and traditions of marriage ceremonies around the world. The other is a mobile game allowing users to challenge new family members, like a wife vs. a mother-in-law to a game to break the ice and get to know each other through a little healthy competition. “Just be careful who you introduce the app to,” jokes Dweikat.

4) Aelia Key. To boost tourism, this team designed a mobile app which relies on QR codes placed at holy and touristic sites, starting in Jerusalem, to guide users through the Old City. After scanning a code, users view a summary of the history and significance of each site. After their trip is over, they can view a map of their trail to see additional sites they may have missed.

5) iTranslate. Another concept with a lot of potential, this mobile app aims to translate conferences into multiple languages in real time, allowing attendees to enter separate language chat rooms and listen to a conference over their mobile phone instead of using a separate device. 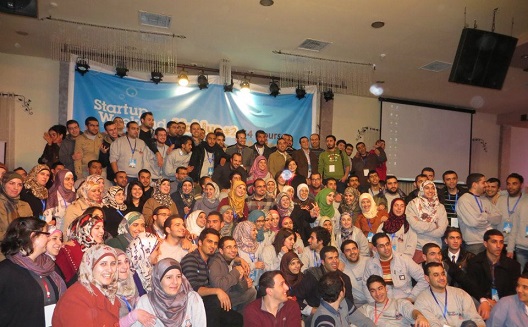 These five are an impressive set of ideas, chosen from 17 teams formed by the over 120 participants at the event. The list of 14 local coaches and judges offered their expertise to the competitors, before grading each pitch based on business model, validity of the idea and customer appeal, and execution.

Speakers at the event included Sabri Saidam, Advisor to the Palestinian President on Telecommunications, IT and Technical Education, who discussed Palestine’s entrepreneurial spirit, serial entrepreneur Muhammad Zahalqa who instructed on mobile app development, and several others including Saed Nashef of Sadara Ventures, George Khadder of Peeks, Mohamed Kilany of Souktel, Nedal Zahran of Fast Forward, Palestine's first accelerator, Rasha Hussein, a co-founder of the late Bazinga!, and consultants from Thoughtworks Ltd.

It can be a challenge to attract speakers from outside, so the Nablus community is grateful for the help of its local sponsors, says Dweikat.

“As Palestinians we have limited resources, limited opportunities, so we are trying to help our community build more and more companies," he explains. “And we’re of course very thankful for the people who helped us along the way, in particular our main sponsor Mercy Corps which provided the financial support for this event and the previous one."

Despite the challenges of their location, Dweikat was encouraged that over 45% of the participants were women, adding that entrepreneurship events in Nablus generally have a high turnout of women, often around 60% at their university meetings.

“As organizers doing this for the second time, we feel a lot of happiness, and a greater ability to help build a startup community in Palestine,” says Dweikat. He and the other organizers hope to build on their momentum to continue hosting Startup Weekend Nablus annually.