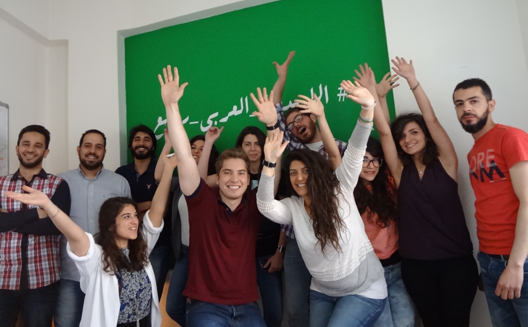 The Zoomaal team at their offices in Beirut.

After raising a seed round of $75,000 in Q3 of 2013 (from Wamda, MEVP, and Sawari Ventures), Zoomaal, a crowdfunding platform for the Arab region, announced earlier this month the closing of a $330,000 bridge round for a Series A, led by CairoAngels and joined by Hivos (a Dutch non-profit), and several other angel investors.

Zoomaal will use the funds for expansion, services, and market development.

More than $800,000 has been raised for projects since the the crowdfunding platform launched in mid 2013. “The Arab world has the highest youth unemployment rate in the world, and our biggest achievement is that we proved that crowdfunding could be the engine to fund these millions of youth to become successful entrepreneurs,” says Abdallah Absi, the founder and CEO of Zoomaal.

We spoke with Absi about Zoomaal’s latest round of investment, challenges he faced, and lessons he learned from raising a follow up round, and primary goals as he moves forward. 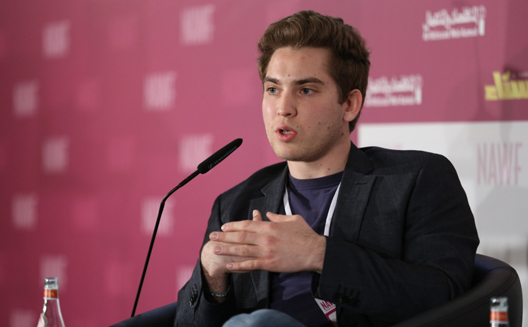 Wamda: What were the main challenges you faced in closing this deal specifically?

Absi: It's always hard for an entrepreneur to focus on operations and growing the company internally, while trying to maintain enough capital to keep the company running and growing.

The most difficult stage in startup companies is raising a follow-up round to prove that you can reach new numbers you haven't proven before. It requires a persuasive story to get investors to believe in your vision and your ability to get the company where you want it.

Wamda: What are the most important lessons you’ve learned?

Wamda: How did you bring investors from Cairo and the Netherlands together?

Absi: The impact of Zoomaal in bridging the gap between creatives into becoming entrepreneurs in a scalable and sustainable way has attracted international and regional organizations. Zoomaal has raised $350,000 in grants/sponsorships from non-profit organizations interested in its impact - which is close to the amount of investment we have actually received.

Hivos (from the Netherlands), had already partnered with Zoomaal on various initiatives before deciding to invest in the company. Having a positive track record working together and a common interest in supporting the region, the deal was bound to happen at some point.

Wamda: What do you hope to achieve in the near future?

Absi: The big title for us is education. International platforms such as Kickstarter and Indiegogo receive projects on their platforms organically although they're focused in developed markets that have a lot of existing support for creatives and entrepreneurs. While the MENA region has massive youth potential, most of the creatives and innovators lack proper education on the funding channels that exist for them.

Zoomaal has already started various initiatives to take the educational problem through the Maker Hackathon series, and MENA Spaces, in partnership with Hivos. 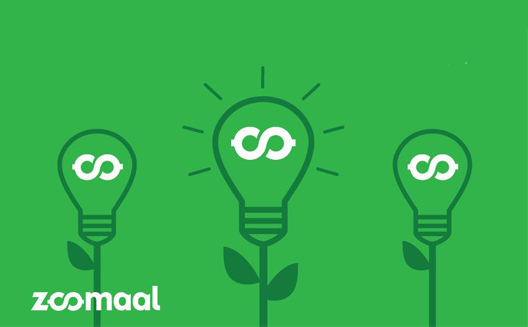 Earlier this week, Zoomaal announced the ‘Made-by-Many’ Challenge to support creative and cultural events and festivals that have a social or economic impact with an innovative twist, in partnership with Hivos and the British Council.

This challenge is targeted at initiatives that connect creative and cultural players, with the aim of establishing stronger ties between NGOs, businesses, national and international bodies, artists, and entrepreneurs.

Events and festivals in Lebanon, Jordan, Syria, Palestine, Iraq, Egypt, Libya, Morocco, Algeria, Tunisia, and Yemen now have the chance to receive part of a $60,000 matching fund, to encourage collaboration between various stakeholders in the creative, cultural, and innovation sectors, in addition to cross-sectoral and cross-regional collaborations.

Submissions will be accepted until May 11th. All projects will go live on Zoomaal on May 25th. Qualifying projects will have to attend a Webinar about crowdfunding and how to create a successful campaign. Apply here.