It's no secret that Pakistan’s startup scene is heating up, but the rise of a new middle class and the fruits of a heavy security crackdown and foreign policy success are laying the groundwork for a global tech renaissance as well.

Pakistan has held tantalizing yet elusive promise for much of its 68 years of independence.

A half century ago, one visiting Harvard professor called Pakistan the “California of Asia” for the entrepreneurial zeal of its people, free market policies, and regionally leading airline and telecom companies, forbears of contemporary global leaders like Emirates Airlines and Etisalat.

Back then, in the mid-1960s, its per capita GNP and prospects were better than most Asian tigers, but then a tryst with socialism, some poor governance and wars made the path to progress rocky, at times dismal.

Today, accelerators around the country are graduating startups, which are getting traction and beginning to scale. In 2015, seed funding jumped 600 percent year on year, and probably exceeded the entire previous decade.

Naspers and Rocket Internet have made sizable later-stage investments, including one of $56 million in Daraz, an Amazon-like ecommerce startup with plans to expand regionally.

Pakistan ranks fourth in the world for online freelancers and its tech companies are expanding into the Middle East and Southeast Asia; Nasdaq-listed Netsol Technologies, for example, recently signed a $100 million contract.

But is this a spurt or or is it sustainable?

After all, one witnessed a similar surge in IT and telecom back in the mid-2000s, when Pakistan was the second fastest growing economy in the world, trailing only China, before civil unrest and a war of attrition with militants derailed that trajectory.

This time around, however, there is reason to believe that the growth is sustainable.

The two most important strategic drivers that portend a salubrious future for Pakistan and its startups are a steady rise of the middle class and a robust improvement in security.

The dawn of the middle class

An Asian Development Bank report rates Pakistan’s middle class as one of the five fastest growing in the Asia Pacific region. Between 1990 and 2008, it grew 36.5 percent, (a pace that was almost three times higher than India, whose middle class grew 12.5 percent in the same period).

Recent research (see chart below) indicates that the middle class, at 55 percent, is now the largest segment of the population. This means two things: there is now a market of more than 100 million customers for things like computers, smartphones, refrigerators, TVs and cars, whose sales grew at over 30 percent last year. And it also signifies the growth of values that emergent middle classes anywhere in the developing world hold dear: education, rule of law, freedom of speech and media, and more optimism and risk-taking, which constitute the building blocks of an innovative tech economy. 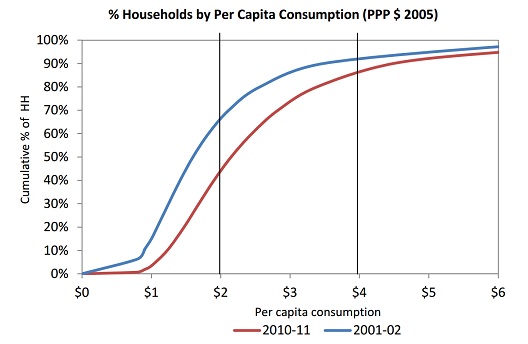 At 25 percent, Pakistan’s rate of increase in female undergraduate enrollment leads the world, its media can be scathing in its critiques, and the country’s Transparency International rating is improving. Smartphone sales and Internet connectivity are surging, and ecommerce revenue is projected to cross $5 billion by 2020.

These accomplishments are all the more impressive considering the country is only now emerging from a decade long civil war with militants.

Violence spilled over from the war in neighboring Afghanistan and witnessed horrendous terrorist attacks, distraction from strategic energy projects, delayed socio-economic reform, capital flight, and a battering by world media.

Now, not only is the conflict receding, but a realignment between oft-combative world and regional powers, that can play out in countries like Pakistan, appears to be in the offing.

In quadrilateral talks, the USA, China, Pakistan and Afghanistan are negotiating an end to the war in Afghanistan with the Taliban.

Pakistan has signed multi-billion dollar energy deals with both Qatar, a sometime ally of Saudi Arabia, and Iran.

China and Pakistan are building CPEC, the China Pakistan Economic Corridor. It will link Pakistan’s ports with southern China and Central Asia and create an ‘inter-continental bridge’ that promises to turn Pakistan’s ports into regional trading hubs on par with Hong Kong and Dubai.

The news of the $45 billion Chinese investment in CPEC resounded through global financial circles, piquing interest in Pakistan afresh as a destination with lowering risk, under-valued assets, and vast upside. 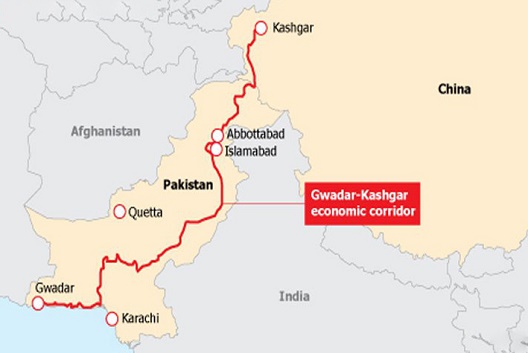 Construction of this corridor is already underway and is expected to transform currently underdeveloped areas, such as the northern Karakoram region. (Image via Pakistan Defence)

Morgan Stanley’s benchmark MCSI index is expected to upgrade the Pakistan Stock Exchange’s status from frontier to emerging this year.

While the relationship with the USA continues to be strong, a historic rapprochement with Russia is also gaining momentum.

As a result of these realignments, Pakistan can emerge as the Switzerland of the region, whose stability and neutrality is in the interest of all powers, thereby creating the peaceful environment necessary for sustained economic and tech growth.

Alongside these rosy harbingers are challenges that need to be overcome.

A significant segment of the population – ill-fed, uneducated and ill-served by the judicial system – needs to be integrated into the national mainstream. This will have to be achieved via social programs that compete for scarce resources with the current government’s signature transport infrastructure projects and other national priorities.

The ongoing, popular, government-sanctioned, military-led drive against corruption, criminal cartels, and militancy needs to be sustained, while balancing the military’s clout with that of democratically elected, political administrations.

Crystal ball gazing is a fickle art, but due to the two tectonic shifts in Pakistan – the growth of the middle class beyond a tipping point and a strategic realignment in foreign relations – there is reason to be optimistic that these challenges will be overcome in this generation. 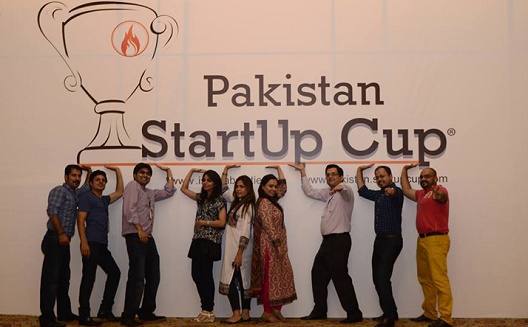 Pakistan's startup scene is humming, and looking to take on the world. (Image via Dawn)

To build the tech economy, the government has to play an important support role by surging venture investment, on the pattern of MAVCAP in Malaysia for example, giving tax breaks to tech startups and their investors, making the setting up and closing of companies much easier, and ensuring the enforcement of business contracts and intellectual property (IP) rights.

To its credit, it has started off on the right foot by appointing talented managers to tech and higher education regulatory and promotion bodies and establishing specialized IP tribunals.

Like the government’s own Planning Commission recognizes: “Only through a tech economy can Pakistan’s annual GNP growth rate rise to 8 percent, making it a middle-economy country in a generation.”

Given that it’s one of the most populous countries in the world, if that happens, Pakistan will become a major player on the global tech scene.