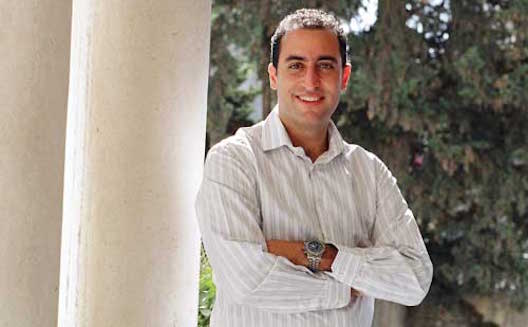 Mobile apps focused on food and drinks seem to be popping up faster than American fastfood chain restaurants in emerging markets.

In early January 2016, Grabbd became one of the latest food and drink apps to launch out of MENA, and its developers are looking to stir up a crowded market by fusing three things smartphone worshipping millennials love —food, lists, and travelling.

Grabbd allows users to browse through lists of restaurants, cafes and bars and bookmark—or ‘grab’—the ones that interest them. The app then organizes them into personalized lists based on location. Through a social feed, Grabbd users can compare their picks with lists made by friends who are also on the app.

For example, Grabbd users can see that the author of this article has ‘grabbd’ nearly every shawarma shop between Amman and Istanbul.

Grabbd is the latest offering from Dubai-based holding company Jabbar Internet Group, and according to CEO Samih Toukan, the company is looking to expand its reach beyond MENA with the app.

“Grabbd is our first global product,” Toukan said. “Although there are many mobile apps in the travel and food category, none of them really offered an easy solution for people to save a list of favorite places in different cities around the world, and share that with their friends and followers.”

The inspiration for combining popular lifestyle activities into one app was a simple idea, says Toukan.

“I myself used to store my lists on Notepad,” said Toukan, referencing the Microsoft text-editing software. “Now Grabbd offers me a great solution to create my lists and to follow people I like and see what their favorite places are around the world.”

Grabbd now joins the Jabbar portfolio, which consists of some of MENA’s most recognizable internet and ecommerce ventures including PayFort, ArabiaWeather and Instabeat.

And for that Grabbd can thank Samih Toukan. Before helming Jabbar, Toukan was already well known as one of the founders of Maktoob, the groundbreaking Arabic-language internet services company that was acquired by Yahoo! for $85 million in 2009, a major exit that sent a wave of excitement through MENA’s tech industry.

In addition to Grabbd, Toukan also shared with Wamda some insights into Jabbar’s outlook for 2016, touched on recent investments, and spoke about the legacy of the recently closed Maktoob. 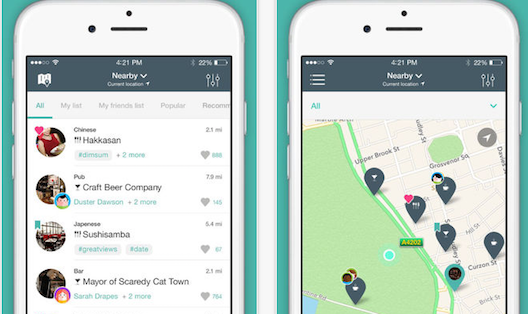 Wamda: What's on the horizon for Jabbar in 2016? What areas of ecommerce do you see booming in MENA this year?

Samih Toukan: Jabbar will continue investing in new startups in the region in 2016.  We see a booming sector with a big increase in the number of startups and quality of startups as well.  We have also seen certain companies became very large like Souq and Careem, and we will see more of that in 2016. As for ecommerce, many verticals are coming up but we like the combination of mobile and ecommerce a lot. An example of that is our latest investment in InstaShop, which is a groceries shopping mobile app.

Wamda: In November 2015, Jabbar (along with Wamda Capital) invested in ArabiaWeather’s $5 million funding round. What excited you guys about ArabiaWeather, and what other startups in your portfolio are you bullish on and why?

Toukan: ArabiaWeather is a very unique company with a vision to build the Arab world’s weather company. It has leading technology to enable it to do hyper-local weather predictions. For example, its 'sand and fog' predictions system is unique to the region and is now offered to government and private sector enterprises such as airlines. It also has a massive consumer following on its mobile app.

We also have other exciting companies in our portfolio and each one is unique in its own way. Designer-24 is creating a marketplace for dress rentals and disrupting the traditional dress market. OfficeRock is an office supplies ecommerce business. Instabeat is a unique swimming monitor wearable that is a global product and Nibras is disrupting the corporate training market through video training.

Toukan: Maktoob’s story was an inspiration to the region. After the deal with Yahoo the market changed with more and more investment pouring in and more and more entrepreneurs starting new companies. Yahoo’s worldwide challenges have resulted in the closure of the Yahoo office, however the Maktoob story remains a strong motivation to many entrepreneurs in the region. Maktoob was like an entrepreneurship university, graduating many entrepreneurs to start their own businesses and successful companies. Lets not forget that Jabbar and Souq, to name a few, were a result of the Maktoob group set up.