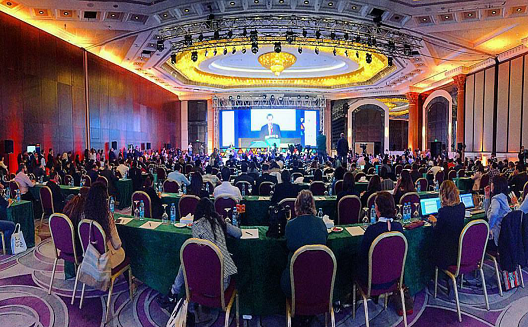 Content was king at ArabNet Beirut this year and it didn’t take Quantum Group’s CEO Eli Khoury to say that, to know it.

The seventh ArabNet Beirut conference was held over March 1-3 and attracted around 1200 digital leaders and 80 speakers to take part in panels and talks on online content and advertising, the role of data in improving content, the state of startup investment, the hackerspace movement and trends from the Silicon Valley. Almost every talk, panel or interview discussed content in a way or another.

The first day was dedicated to the coders, with talks on programming, design and building hardware startups. The second day was all about online content but included an ideathon where each entrepreneur had two minutes to pitch an idea and a startup demo for pre-selected startups, and the third featured the maker movement with robot competitions, workshops on prototyping, and talks on the Internet of Things and wearables.

The second day ended with some nice tunes played by +Aziz, an independent Kuwaiti musician, and the last day was focused on the hackerspace movement, 3D printing and giant manufacturers like General Electric.

Lebanon-based startup private chef booking service ChefXChange won the StartupDemo, and the winner of the Creative Combat competition - the final event of the conference - was a team named 'The Greens', they won $50,000 and a partnership with telco Alfa to run a campaign to teach Lebanese children and adults to properly dispose of ewaste, a 40,000 tonne/year problem for the country.

If content was the main topic of conversation, then banks appeared to be the main exhibitors. The dozen or so booths in the conference hall were mostly filled by local banks such as Central Bank, Bank Audi, Bank Med and Bank Al-Mawarid – something you don’t expect to see at a startup-focused event. 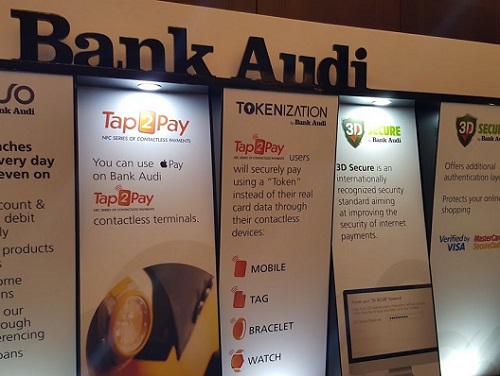 The other booths were filled by Lebanon’s two telecom companies, Alfa and Touch, and a few other startups.

Alfa’s red booth included a small private room where entrepreneurs could go inside and pitch their idea ‘faster than 4G’; in other words, they had less than 90 seconds.The winner will receive up to $5,000 from Alfa.

The event also brought in a handful of entrepreneurs from around the region.

Egyptian online publisher Kotobna and UAE-based Noongam, the creator of comic magazine Magnoon, were there, as were a crew of Iraqi entrepreneurs including FikraSpace founder Ali Ismail and Wamda contributor and FekaStore founder Marwan Jabbar.

Whether it was the panel on exploring native advertising, making videos, or the talk with Eli Khoury, CEO of content publishing company Quantum Group, online content was the highlight of the second day.

Discussions tackled the lack of good content creators in Lebanon.

Independent producer and creator of the web series Shankaboot, Denise Jabbour, noted that smartphones had devalued video content. “We have a misconception that a web video is low quality,” she said, as most people can create it using a regular smartphone camera.

Khoury said during his talk there was a lack of support from publishers for written material, who prefered to spend money on TV content, but that social media would not kill premium content. 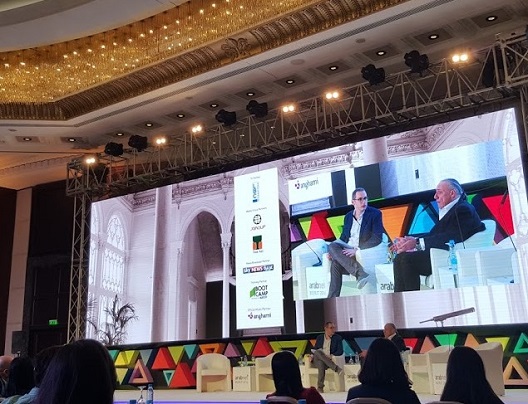 Omar Christidis on the left discussing online content and the journey of Quantum Group with CEO Eli Khoury.

“Writing has degenerated,” he said. “People want to create fast. There’s no attention to details.”

For Khoury, content providers can’t play in the middle anymore. They either have to produce high quality outcome or something that’s light and short.

“You will always have premium content and you always have social media content,” said Khoury. “One does not cancel the other.”

Khoury said the situation in the country didn’t help, believing that it was hard to export talent from abroad because of the garbage issue and the political gridlock in the country.

Native advertising was the other key topic on day two. This is where publishers use content to market for other brands, without making it too obvious.

Or, “content which blends into the site and offers relevant information without disrupting their online behavior,” according to Choueiri Group product director and native advertising director Carol Matta. Readers will only get ads that are relevant to the things they are reading and interested in.

In the future, native ads will be integrated into virtual reality devices such as the Oculus Rift and smart billboards, but today video is considered the most effective form, according to the presentation on native advertising.

Stay tuned as we bring you more updates about which startups won at the startup demo.