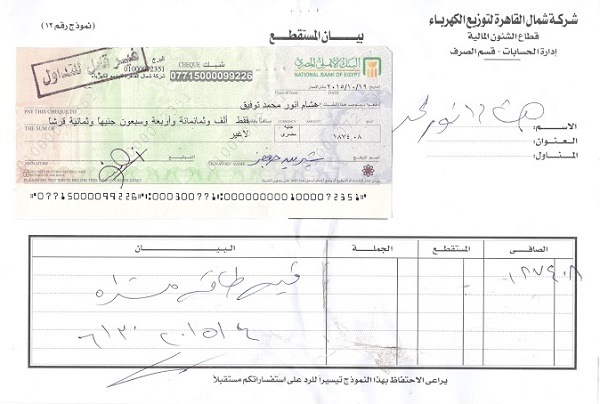 After much skepticism about whether the Egypt government would pay out on its rooftop solar promise, a photo of a cheque posted on Facebook with the caption “first amount to be received for selling electricity” caused a frenzy on social media.

Hatem Tawfik, Hisham’s son and cofounder as well as head of communications at Cairo Solar, told Wamda that interest in the startup’s rooftop solar products had risen after people saw the photo.

“People who were previously skeptical, started believing” the government would pay for electricity generated by rooftop solar panels, he said.

In April 2013, the Tawfiks built a 3 kilowatt (kW) solar system on their rooftop and topped it up with another 3 kW in January this year.

Hisham funded the family home project which cost about $8,300. Hatem said each 1 kW produced cost $1,277 in the local currency.

Aside from installing solar panels on their own homes, the Cairo Solar founders built solar cells for six other clients on the North Coast, 6th of October City and the Fifth Settlement. The production capacities for those installations ranged between 6 kW and 16 kW.

“I believe two or three clients have started supplying electricity to the grid and are currently waiting for their checks,” Hatem said. 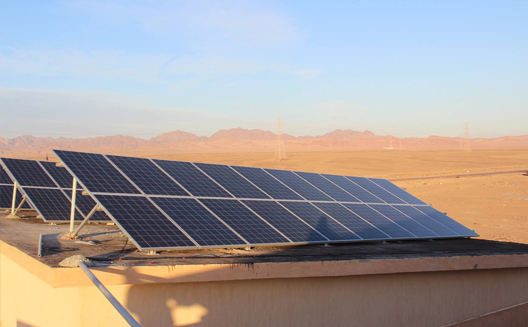 Following the 2011 uprising, Egypt suffered from a severe series of power cuts that lasted until early 2015.

After years of relying only on traditional sources of energy, the power cuts pushed the Egyptian government to announce an ambitious plan to have 20 percent of its energy produced from renewable energy by 2020.

In order to turn the family-used-system into a profitable one and target other opportunities with the new law, Cairo Solar was launched in October 2014.

Knowing the government intended to focus on renewable energy, Hatem said after October  2014 Cairo Solar and several other solar energy companies sat down with Minister of Electricity Ahmed Shaker to follow up on the law’s implementation.

After reassurance that it would be carried out, Cairo Solar started negotiations with NCEDC, which installed a meter to log how much power the panels produced, and they secured a licence from New and Renewable Energy Authority (NREA).

Hatem said the project was expected to cover its investment costs within five years, as for a small rooftop project the return on investment (ROI) was 15 percent at the rate of EGP 0.848 kW/h.

The future for Cairo Solar was not domestic homes though, but hotels and water plants, Hatem said.

“Hotels with no access to electricity have to rely on generators that use diesel and with the prices of diesel expected to double in the coming years, it will be extremely expensive,” he said.

Having a hybrid energy system between the solar system and diesel can save up to 70 percent of diesel usage, which cuts down the cost significantly.

The company is due to build a 90 kW station for Ganoub El-Wadi Petroleum Holding Company (Ganope), part of which will be sent into the national grid, and five stations of 25 kW each for the Army Logistics Authority. 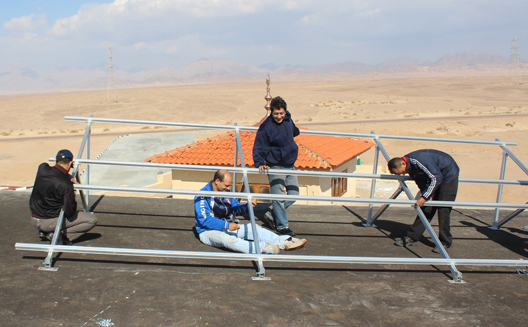 Setting up a rooftop solar panel (Images via Cairo Solar)

Hatem said the deals were sold partly on the back of his father’s name, as he was a founder of EFG Hermes in Egypt, and partly because they started slowly and proved themselves over time.

“The first few proved that we can install, then our portfolio of products, a mix of Chinese and European, gave the best quality vs price mix,” he said.

As of January 1, 2015, the company had installed 115.5 kW of solar power and had 161 kW to be implemented, according to company documents.