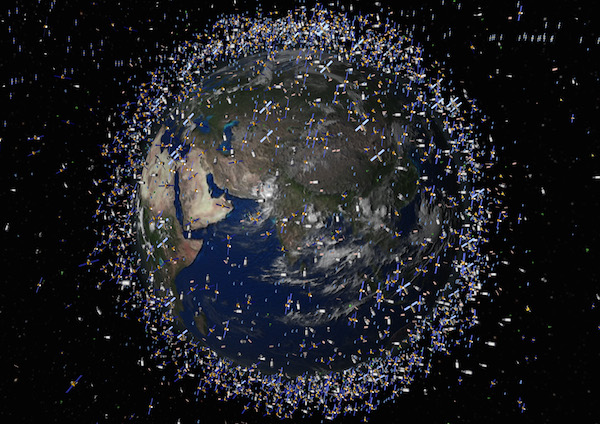 An artists rendering of satellites and debris orbiting the earth. (Image via European Space Agency)

Space technology is now on the minds of the Middle East.

As previously reported on Wamda various funds and initiatives have been launched recently in the region, all geared towards space-related technology.

This has presented a whole new set of opportunities and challenges for both entrepreneurs and investors as they struggle to wrap their heads around this new spectrum.

“There has been a major change in space tech, and of how this technology is approached over the last five to ten years,” Jose Achache, managing director at AP-Swiss told Wamda. “It is not something limited to big corporations with a lot of money anymore.”

In 2015, the UAE Space Agency announced the establishment of a $27 million Space Research Centre.

This is all very exciting news to Achache who, in his role as a judge in the Seedstars World competition, has been travelling around the world to educate people about the opportunities, and the accessibility of space.

Now, he says, startups can build their own satellite and space systems at a much lower cost than the multi-million-dollar systems of today, potentially creating satellite-powered apps and services that can function in rural areas with no internet. In other words, satellite technology can be used to provide internet connectivity in remote areas that have no phone lines or internet cables. 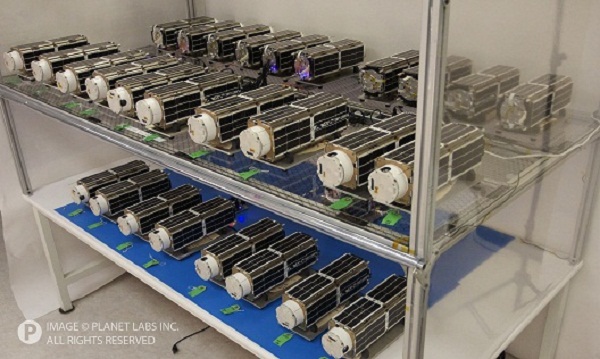 This in turn will create new marketplaces in logistics, water management, agriculture, emergency relief, e-banking, health and even education. “I’ve been involved in a project where we’ve been equipping universities in West Africa [with space tech] to allow them to connect to internet so students can benefit from MOOCs (massive open online course),” he told Wamda. 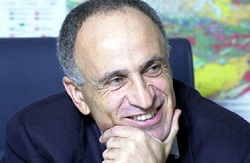 Aside from the education sector, space technology has proven very useful in precision agriculture, a technology that helps farmers in geolocating optimal lands for growing crops and optimizing their yield. One example of this is Silicon Valley startup Azotic Technologies.

Startups that have ventured into this domain to create their own miniature satellites include San Francesco’s Planet Labs  and Japan’s Axelspace. Other international startups using space technology include Arviem, which developed a tracker container in the form of a small box to monitor satellite food or pharmaceutical products, and Geosatis, a Swiss startup that developed a monitoring system of persons sentenced to wear an electronic bracelet.

When it comes to what the Middle East has to offer the numbers are still small. According to Oasis500’s Suleiman Arabiat they’ve been talking to startups that include drone manufacturers Mars Robotics; and Blink, an internet service provider looking to provide communications to remote areas using satellites.

Achache (above) hopes to find such a startup in the Seedstars final summit.

AP-Swiss is offering a $50,000 grant in collaboration with Inmarsat to the startup that can develop a space application. “We’re not just offering a grant,” Achache told Wamda. “We will invite them to develop their services partly or fully in Switzerland. We will guide them and help them find the right doors to knock.” 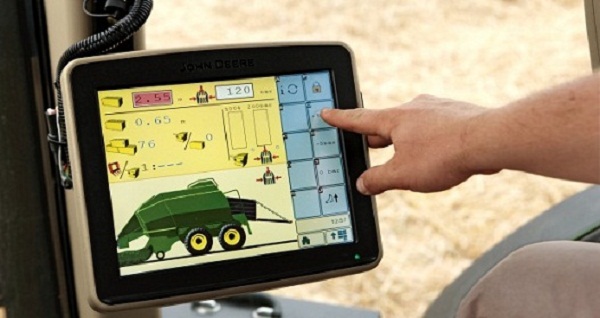 Precision agriculture is one sector where satellites can help farmers save time, land space and money. (Image via Farmmanagement.com)

Investors in MENA are still a bit lost

It’s not just the entrepreneurs who are learning about space.

Regional investors are still new to the concept and, according to ‎managing director at Bader accelerator Fadi Bizri, unequipped to support space startups. “Frankly we know very little about [space],” Bizri told Wamda. "We're good on apps and technology and that sort of thing. But for new industries that are not typical of MENA, you need mentors and experts to support space startups and help them grow. We don’t have that.”

Achache agrees with Bizri. “In MENA there’s always been a tendency to be interested in trade and finance services, than in engineering, and using space is an engineering issue,” he told Wamda.

Beware though, not all space technology is cheap.

Founder of the NASA certified prayer mat for Muslims Nader Sabry, told Wamda that it had taken millions of dollars and 139 prototypes to have a pre-production unit of the mat. “Space technology is a very R&D intensive process which takes years to commercialize,” he said. “Over the past eight years we have been working with several space agencies and space technology companies in our R&D in development of the TIMEZ5 prayer mat and several other products.”