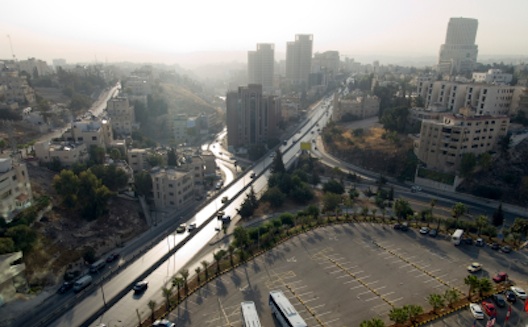 At the end of last month, Fadi Ghandour talked about the 8 different steps Jordan took to create an enabling environment for tech entrepreneurs. As the article went online, and as people started heading to Arabnet, I had just landed in Amman airport.

I frequent Amman often to visit family and friends, but this was my first trip focused on exploring Amman’s entrepreneurship tech space. My first meeting that night was with the founders of an upcoming ed-tech startup, Codely.

Codely is run by Fouad Jeryes, of Amman Tech Tuesdays (among many other things), and Sinan Taifour, formerly with online card gaming community Jawaker.com. In Fouad’s words, Codely is a “platform for building the tech engineers of the future.” The Codely team are on a mission to “democratize and change the way people are introduced to, teach & learn computer science.”

Although I was unable to see a live demo, as the duo were in the midst of preparations for Arabnet, I was impressed with how much thought and research had gone into building the platform, and most of all the emphasis on avoiding a focus on syntax as a way to teach programming. The Codely team seemed to strongly believe in the importance of giving people the “ability to build,” and the potential of using programming as a way to teach critical thinking and problem solving skills – both much needed in the region as is often cited (for more on programming and critical thinking, check out Andy Young’s post).

The next day, I got up early and took a cab to the hub of Amman’s tech entrepreneurship scene, or the “Oasis in the desert” as some like to call it, Oasis500. With over 450 applications a month, and a mandate to create 500 Jordan-based companies in 5 years, Oasis500 is truly one of the signs of changing reality in the Middle East when it comes to tech entrepreneurship.

Thanks to the efforts of the Oasis500 team, and specifically Nauf Mawla and Omar Al Sharif, I was able to meet 14 impressive startups for 15 – 20 minute interviews that day. For a run-through of my impressions of each startup, see my next post.

There were many lessons to be learned from these entrepreneurs and the challenges they faced. Across the board, their top 5 challenges included:

1.  The difficulties of being a female entrepreneur in the Arab world, due to the obligations that come with being a mother (or being expected to be one), in addition to lingering discrimination against female entrepreneurs, a trend not unique to the Middle East.

2. Most of the entrepreneurs had outsourced the technical aspect of their business, especially the web and graphic design. That has usually worked out very well, except where the website was the core product, leaving frustrated entrepreneurs back at the drawing board having to hire people full time.

3. Jordan, with all its efforts (and the Middle East at large), still has a long way to go in reforming outdated policies and educating government officials about the needs of entrepreneurs and SMEs (two very different business entities).

4. Almost all of the entrepreneurs above complained about the lack of technical talent in the Middle East, especially developers.

5. Finally, in spite of the relative liquidity of markets in the Middle East, investors still have a long way to go in understanding early-stage ventures, and especially ones in maturing or completely new markets (innovation will always require a fair deal of risk!).

Omar Al Sharif at Oasis500, agrees with many observers and critics out there that “tech” and the “internet” are bubbles waiting to burst. However, he believes the region has two choices: either watch the bubble pass by (“as we did with the industrial revolution”) or make the most out of it.

He believes that Oasis500 has the chance create a paradigm shift in the local culture, creating a culture “where people are empowered to know they have other options [aside from a regular job].” In working towards this goal, Omar and the team at Oasis500 are faced with two major challenges, bridging the skill gap between university graduates and business-ready entrepreneurs (it seems it’s all about education), and convincing people, in a conspiracy obsessed culture, that there is no “trick.” “People are always thinking and asking ‘Where’s the trick?’” says Omar.

It seems there will be no magical solution to this problem. No trick. Just hard work, already being done.