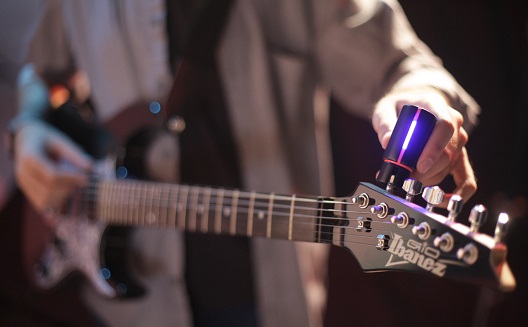 Fresh off their stay in China at hardware accelerator HAXLR8R, the Lebanese team behind Roadie Tuner is now set to release its guitar-tuning hardware. With their Demo Day coming up tomorrow in San Francisco, the team has already secured its supply chain and is now focusing on a new Kickstarter campaign.

When speaking with founders Bassam Jalgha and Hassane Slaibi over Skype as they stayed up late to prepare for their upcoming pitch, it was easy to see their excitement as they completed a two year labor of love, now leaving it to the will of potential crowdfunders. If the success of other HAXLR8R companies on Kickstarter is any hint, Roadie Tuner may easily meet their US $60,000 goal.

The hardware itself was first developed in 2009 when Jalgha won the Stars of Science competition for his precursor prototype Dozan. He teamed up with Slaibi in 2012 and continued building and prototyping the hardware until they were accepted at HAXLR8R in August, where they have taken advantage of the huge amount of manufacturing resources locally available in Shenzen, China.

Before releasing the final hardware, the team first tested the appeal of their software technology by releasing a mobile tuning app for iOS last month. It’s doing well, they say, seeing downloads from around the world from music students, teachers and musicians. One flute teacher even sent a message to the team praising the app for helping her students breath deeper when trying to hit the right tone.

Building on the app's momentum, the Roadie Tuner hardware now completes the package. Designed for guitars, or any similar stringed instrument, the handheld tuner works by fixing to a guitar’s tuning knob. Using Bluetooth technology, a user’s smartphone reads the sound as a string is plucked and the device’s motor turns the knob to the right tuning, which, Jalgha explains, is “three times more accurate than what the human ear can distinguish in terms of frequency.”

On top of being able to wind or unwind the strings on a guitar, the hardware can also detect when strings are due for a change, by sensing string elasticity. Jalgha also touts the use of instrument profiles on the app that allows users to manage their instrument’s tuning, choose tuning ranges, and monitor string health over time. “A year ago we were just creating a tuner but now we’re creating something more than that; we’re creating a toolset for the guitarist,” says Jalgha. 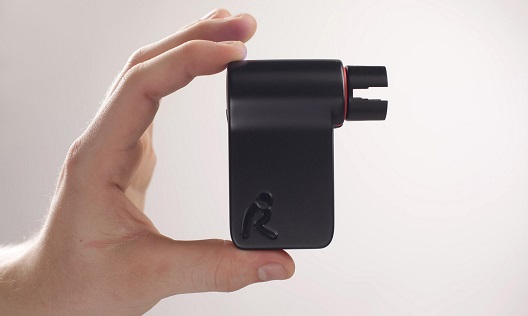 Roadie Tuner will sell for $79 on their Kickstarter platform, and $69 for earlybirds, and should be delivered in six months, thanks to fast manufacturing. “For a hardware startup, China is the ideal place,” Jalgha says, because startups can iterate their products on a weekly basis.

It's also easier to meet manufacturers and suppliers, Slaibi explains. When looking for the right motor in Lebanon, for example, inventors typically have to order one online, wait for delivery, and then test it. In Shenzen, however, Jalgha and Slaibi can test out every motor in a local shop before purchasing, and then drive to its factory for custom modifications.

“I’d love to do that in Lebanon, but it’s just impossible," says Jalgha.

HAXLR8R's mentors and community helped as well. “One mentor is an expert in manufacturing so he comes to us, looks at our bill of materials, tells us ‘this is realistic, this you can find for much cheaper,’ says Jalgha. Being around nine other hardware companies helps as well, adds Slaibi, who doesn't see them as competitors- “We just want each other to succeed.”

The team will spend the next few months in the U.S. demonstrating the product at tradeshows – including CES in Las Vegas and The NAMM Show - and pitching in Silicon Valley, before returning to build their company between Lebanon and China. They are also currently securing new distribution channels and retail partners in the U.S.

“I would like to bring whatever we go through back to Lebanon because there is a huge lack in the hardware industry there,” notes Jalgha. “You can count the [hardware] startups on one hand.”