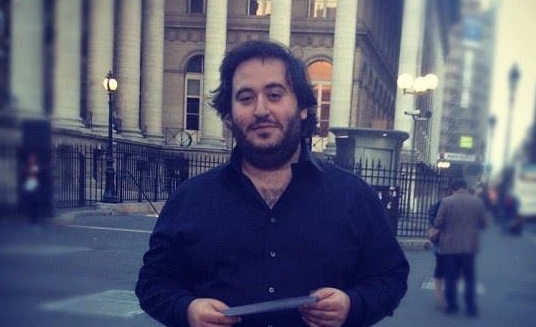 Over the past few months, Oussama Ammar has become one of the most controversial figure of the French startup scene. A year ago, this 27-year-old French-Lebanese was an almost total unknown; now everybody knows him as the cofounder of the unusual and promising investment fund TheFamily, and for his American-style positivity and no-BS approach, and the many classes, meetups, and talks he give. How, you might ask, did he blow up so fast?

Lebanon-born Ammar came with his family to Tours, France at age 5. At 10, he won a computer and start experimenting with it. At 12, his mother, a cleaning lady, introduced him to one of her clients. “He needed a website, I did it, and he gave me money,” he puts simply. After that, he got many more clients, and even started selling antiques online for some extra money. “I made good money for my entire childhood; this changed my perspective on life,” he says.

His journey is quite similar to that of Rand Hindi, another French-Lebanese who made it onto the 35 under 35 MIT list, I told him. “Rand and I, we belong to the same generation,” he says. “It was a really odd time, because computers were powerful enough for kids to use them,” but things weren’t developed to the point that everything was figured out yet. “It was a blessed time to train yourself.”

Becoming a VC during the tech transition

At 19, Oussama sold his first company, which developed a program to help companies identify and restrict online access to their own files, to a Hong-Kong based investment fund. While continuing his philosophy classes at the Sorbonne, the young man started working for the hedge fund. For two and a half years, the French-Lebanese led the perfect life of an investor (pre-subprime crisis).

Before I could even ask him why a fund would hire an developer fresh out of high school, he continues: “It was a particular time, it was the beginning of the digital transition, when the old world and the new world first met. Knowing about what it meant to bring software into companies was something rare, and important to them.”

This transition was not just technological though, he adds. “Startups haven’t just invented new business models, they’ve also invented new ways of working, a certain open-mindedness towards originality, and very counterintuitive management styles. Now, everybody wants to look like Google, but in 2006, few really knew what Google was as a company, and those who did had a real competitive advantage.”

Before the subprime crisis hit, the French-Lebanese decided to follow his dreams and create a startup, a high-tech problem resolution platform called Hypios.

“This has been a disaster,” he confesses. “I realized there’s a huge difference between being an investor and an entrepreneur.”

That’s an issue for Ommar, who insists he cares more about people and ideas than executing. “Execution has always been my weak suit, I get bored really quickly,” he explains. After three years and a half, he got laid off. “I was fired from the company I founded, and that’s one of the best thing that ever happened to me,” he says.

He believes he has what it takes to succeed as an investor, which means a capacity to quickly understand the potential of a concept. An investor also has to get entrepreneurs to do things they’re scared of, to be well informed about upcoming trends, and situate an entrepreneur and their product in a bigger picture.

“Good entrepreneurs have a hard time seeing the big picture, because they’re too focused on their product; when you give them that big picture, they can transform it and make it real,” he explains. “Behind every great entrepreneur, there’s an investor,” he continues.

“Being a good investor is an intellectual work," he explains. “Really good investors have in common that they’re really bright people,” he continues, taking as examples Warren Buffet (“who's a quick thinker”), Paul Graham (“he’s really deep”), and George Soros (“he developed quite surprising thesis on the world and put them into action”).

When I ask him why so many investors and entrepreneurs studied philosophy, he tells me he has a theory. “Philosophy is one of the best ways to train you for entrepreneurship because being an entrepreneur means articulating something impossible and making it understandable to others, while the entire work of philosophy for the last 2,000 years has been to explain counterintuitive concepts until they become obvious.”

“You have to explain an idea to someone who doesn’t believe in it, solve all the problems that go with it, until you get to that point when people say ‘But of course! Google… search engine… obviously.’”

Convinced that he had to rebound from his ignominious end at Hypios, Ammar left for Silicon Valley to create a new startup. He quickly got caught up in the world of investment, again. Shortly after arriving in California, the 24-year-old started investing in a few startups out of sheer interest. Next thing he knew, he had bought shares in 25 startups. To fund this new pastime, the former entrepreneur started a consulting business, and dedicated 80% of its revenues to buying shares, he says. 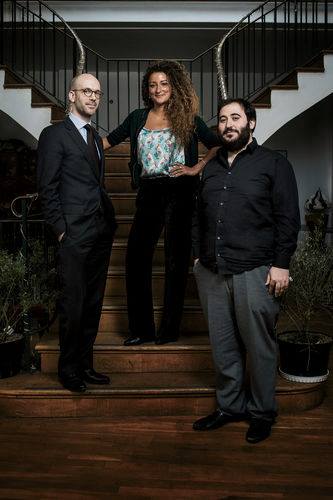 Soon, Ammar got a phone call from Alice Zaguiry, then-manager of famous French accelerator Le Camping, to become Entrepreneur in Residence. When she offered him the option of continuing on for a second season, he suggested they start a new accelerator. This partnership resulted in TheFamily (pictured on the right are TheFamily's cofounders Nicolas Colin, Zagury, and Ammar).

His advice: be careful with advice

When I ask him if he has drawn any lessons from his combined experience as an entrepreneur and investor, he answers: “One has to learn how to judge advice. There are two types of entrepreneurs: those who are stubborn and unbearable, and who never listen to anyone; these give up really fast. Then there are those who listen to everyone, and wear themselves out. A good entrepreneur is someone who knows when to listen to people’s advice, and when not. Everything is in the context.”

Oussama Ammar will be at Beirut for our upcoming Mix N' Mentor event.