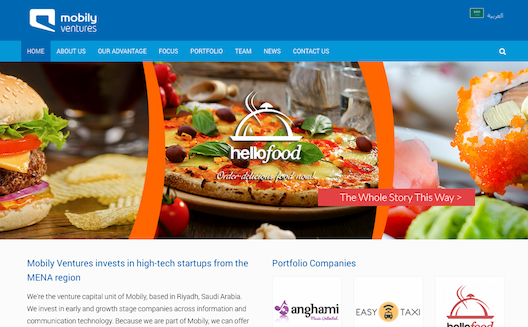 Hellofood’s big year in Saudi Arabia just got its cherry on top: investment from the newly launched Mobily Ventures.

As of today, Hellofood is ranked at 1,800, miles ahead of both rival FoodOnClick*, the Arab world arm of Turkish giant Yemeksepeti (ranked 2,700), and Egypt’s Otlob (3,500). Kuwait’s Talabat has also lost a little ground since last September, but still beats Hellofood with a strong 1,300 ranking. Alexa rankings are not necessarily indicative of conversion rates, but a shift of this magnitude is notable nonetheless.

The surge in popularity is likely a result of a $8 million USD round Hellofood brought in from iMENA last September, pledged with the specific goal of expanding Hellofood’s Saudi and regional presence. (The service is also available in Lebanon, Qatar, and Jordan; Hellofood Morocco is also operational but under a different umbrella company). Mobily Ventures’ team declined to reveal the amount of the round, but the team said in August that investment amounts would fall between $300,000 and $3 million USD. 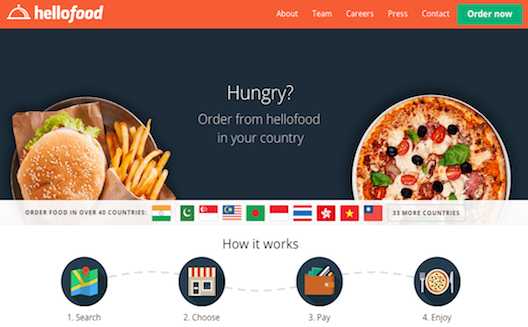 Hellofood is the fourth investment for the new fund, which operates under the auspices of the Saudi telecom giant. In August, the team announced investments in Anghami, the Lebanese mobile and web music streaming platform a la Spotify, and Easy Taxi, a Rocket Internet-backed neo-taxi service along the lines of Uber and Careem, and admitted having made a third investment but declined to discuss it.

“Hellofood is a food delivery service that allows customers to order food from the convenience of their smartphones. The investment follows Mobily’s strategy and commitment to provide innovative mobile solutions to our customers,” said Dr. Karl-Michael Henneking, chairman of Mobily Ventures.

Indeed, this latest investment falls within the purview of the VC as relayed to me back in August: the team is constantly on the lookout for potential strategic partnerships with Mobily. “We’re looking for something more Mobily can do, beyond writing a check,” said Daniel Dos Reis, MV’s project director, at the time.

*Disclosure: MENA Venture Investments, which shares management resources with Wamda Capital, has invested in FoodOnClick; Fadi Ghandour, who is Chairman of the Board at Wamda, also sits on its board.