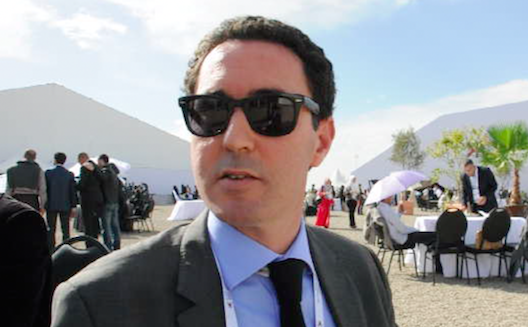 It’s been seven years now that Omar Balafrej has been running Technopark, and over that period, he has seen his share of Moroccan startups… We sat down with him for a Q&A on the challenges being met by Morocccan startups and the best way to tackle them.

Wamda: We hear a lot about the lack of funding in Morocco, is this really such a big problem?

Omar Balafrej: We’ve reached a certain level of access to funding; it’s not perfect, but startups can find funding now.

There are a few business angels - even if they don’t publicize it - such as Mourad Mekouar who invested in Greendizer and Livremoi, with Maroc Numeric Fund (MNF) [Editor’s note: this is the $12m USD VC fund created by the Moroccan government and banks, in which Technopark is a shareholder].

There is Réseau Entreprendre, a really nice association. It helps young entrepreneurs get the mentoring and coaching they need, gives away some funding ($10,000 per entrepreneur, which is not that bad when you’re starting). More importantly, each entrepreneur gets a mentor that helps them, and opens doors that could get them their first contracts.

Wamda: If the lack of VCs due to a lack of promising, innovative startups?

Balafrej: There are a lot of funds investing in more mature structures with tickets starting at $3m USD, but, except for MNF, there are no funds for startups. And yet, there is room for three MNFs in Morocco. The dealflow is there; there are companies worth investing in. At MNF, we receive a lot of great applications but we don’t have the capacity to manage more than three to four investments per year.

MNF’s first goal was to show that there was dealflow in Morocco. This is done. There are good projects, and they’re getting increasingly good, so, dear VC, join us!

Wamda: So, if funding is not the problem, what’s stopping startups?

Balafrej: We’re still having trouble when it comes to access to markets. We haven’t managed to convince the government and corporations that working with startups is mutually beneficial. We need to work on this. If we get this done, I’m sure we’ll have many more success stories, which could then turn to export. This is something else we have to work on. Recently, the UAE limited the possibility for Moroccans under 40 to get visas. We need to lobby to ease exporation.

Wamda: Is there a model of growth that works better than others in Morocco?

Balafrej: There’s no one size fits all, but from what I’ve seen up until now, the most beautiful success stories come from entrepreneurs who’ve had two activities: one that creates revenues from less risky jobs, such as service and integration, and another that is an innovation. They let their innovative idea mature, and develop it when timing and environment are right.

Now, when the idea is really good and matches a need, you need to go for it. You can be sure to find dozens of support organizations in Morocco to help with getting started and funding.

Wamda: Do you need to have reach a certain age to succeed, as some believe?

Balafrej: The entrepreneur needs to have a certain maturity, but it doesn’t necessarily have to do with age. A good example of that is Adam Bouhedma, from Education Media Company, who started his company at 17 [Editors note: he just raised $280,000 USD from MNF]. Some people are naturally more mature than others. For me, some of the qualities an entrepreneur must have are being down to earth, and knowing how to manage money, recruit, and lead a team.

Often, the best profile is an entrepreneur who failed at least one, who took a job at a company, saw what the corporate world was for a few years, and started building a company again.

Wamda: Not easy to find! Why don’t we see more of those unicorns?

Balafrej: We live in a society that doesn’t accept failure, even if failure is part of the entrepreneurship journey. We need to learn to learn from failure. Personally, one of my best professional experiences was a failure. It was a company I helped build in the early 2000s, called MENA Business. I worked on it for a year, but it was worth five or six years of professional experience. This got me to think about a lot of things.

This might sound weird, but I encourage people to fail. You need to fail and start again.

Balafrej: First off, they haven’t all failed, far from it. Take the daily deal websites: Superdeal and Hmizate are still there. It’s important to notice that those who succeed are not often willing to speak out and are not that visible.

At MNF, some of our first investments failed but others are really promising, such as Epicerie.ma, Meolink, and Virtual Building Solutions. Recently, we’ve invested in Education Media Company, a leader in online education with websites like 9rayti, Concourate, etc.

I’m personally really optimistic for the future of Moroccan startups.

Technopark is a workplace dedicated to new technology (ICT, green tech and cultural industries). 230 companies are working there, 50 join every year. Technopark is also the place where the biggest support organisations are based, from Startup Maroc, REM, CJD, the AFEM and its incubators, Maroc Numeric Cluster to Maroc Numeric Fund, the CMI and soon Jokkolabs’s coworking space.