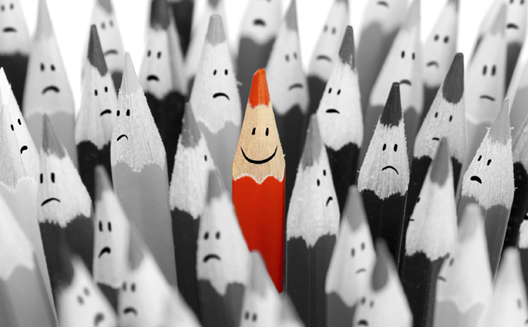 Standing out in the crowd can be hard work. Even for pencils. (Image via Evoke)

At the start of May young Egyptian graduate Ahmed Soliman saw a job posting for a copy editor position at Wamda. As someone who says “I HATE RESUMES” it’s not surprising that he adopted a slightly different tack when applying for the role.

He posted, what could almost be described as an ode to Wamda, on the blogging platform Medium.

“I took this approach because I was worried my resume would get lost among hundreds of resumes,” he told Wamda. “I also really like Wamda [good to know], which means I had to do something different other than sending my resume to the guys there + 10 other companies and praying for one of them to call and set an interview. I also realized I had to show my passion to my potential employer.”

Soliman says it was after reading an article about how ‘blogging is the new resume’ that he knew what to do. Sure enough it worked. He wrote his email applying for the job on one day, and posted his blog post the next day, making sure to tweet to various members of the Wamda team.

Wamda CEO Habib Haddad was impressed, he tweeted back and an interview call was set up. Various conversations later and the young Soliman has now been hired as an intern.

His approach was a success, but is it exactly what everyone else is looking for? The fact that most startups are small, well at least smaller than a well-established corporation, job applications might be the best place for the job seeker to stand out. Before anything else you should ask yourself, what are those startups looking for?

In April we published a piece about Jordanian Nina Mufleh’s attempt to get a job at Airbnb, and we’ve also published advice on what a job hunter should be looking at when applying to a startup. So, this time around, we’ve reached out to a few startups to find out what turns them on.

Much like the method of Soliman, and Mufleh, doing something other than just sending a resume is attractive to employers. “Show me your website, a link to GitHub, a blog, really anything that's not a resume,” says Mark Belinsky, Birdi CEO. “Publicly demonstrating previous work already puts candidates ahead of 90 percent of the competition.” The rest, he says, is up to them.

Be able to hit the ground running

London-based Campus Society, which is a social network for students in Lebanon, has hired five people in the last six months. “We look for people who can hit the ground running, step in and help right away,” says cofounder Oliver Muller. “Generally I find that work/portfolio is the best way to sell yourself. Especially in tech, practical hands-on experience is really important... more than grades, certificates, or previous employers.”

“Our most successful hire is a 21-year-old we took straight from college. Started coding when he was 12, obsessed with it. Built some really amazing apps, projects in his spare time. Very hungry to make it.”

“Bottom line, there are two kinds of people,” says ifood.jo cofounder Omar Akel. “Those who get the job done and those who don't. Get your sh*t done. That's my slogan. Don't tell me how or why or when or because…. just tell me it's done.”

Wamda’s Haddad concurs. “Show me you can do it [the job you’re applying for] and are passionate to learn it, don't just write it on a resume. Instead of just doing the talk, he [Soliman] walked the walk; instead of just a CV he proved that he is a good writer.” 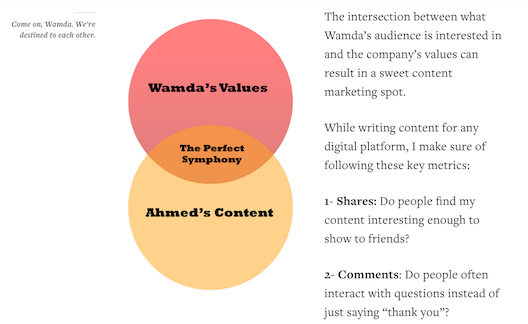 Know the startup like the back of your hand

Researching the company for whom you want to work is a no-brainer, but it’s surprising how many people don’t really research. “It’s a very important factor if the applicant really knows the business, our vision and what we offer,” says Egypt’s Elwafeyat founder Yousef El Sammaa. “It shows that they've done their research and know what they're applying to and really want to be part of it.”

Rushdi Siddiqui, cofounder and CEO of Zilzar.com concurs, stating that he thinks it’s not so much getting noticed but knowing the right company to apply to to suit your wants and needs.

Apply when there’s nothing to apply for

Siddiqi suggests making contact with a company, whether or not they are advertising jobs, as a way to go.

Sami Al Hussayen, cofounder of Rawq.com, agrees: “Twitter cofounder Biz Stone said he sent an email to a Google employee whom he got to know through the internet, but never met, saying that he is looking for a job and they will make a good team.”

Incidentally, that’s how Al Hussayen got to know his cofounder Fouad 20 years ago.

And lastly, be passionate

Passion for the job, the role, the company….. it is a must across the board. El Sammaa says “We try to look for people who are passionate about their jobs, their work and what the company does.”

If you think you've got what it takes to grab the attention of the Wamda team, take a look at our careers page here.