As almost every country in the Middle East begins to focus on attracting and developing an entrepreneur market, Bahrain is setting itself up as the regional locale - and funder - of first resort.

The tiny nation - just 55 kilometers long and 1.5 million people-strong - has in many ways been gearing itself towards becoming an SME and ultimately startup regional center for over 10 years.

Private enterprise-focused Tamkeen has led the drive since 2006, alongside organizations such as the UNIDO Investment and Technology Promotion Office and more recently angel investor network Tenmou.

Expectations are running higher now that Bahrain will become the location of choice for budding entrepreneurs after a collaboration with an arm of Amazon, announced in November, and a startup stock exchange that will launch in January.

The ideal is to create a haven where low rents and wages tempt startups away from pricey Dubai. Along with easy regulations that allow 100 percent foreign ownership and few taxes to draw in others, while serious funding sources for startups basing themselves in Bahrain bring in the rest.

Effectively, they want to do what no one else in the Gulf is yet doing: directly targeting the regional entrepreneur marketplace as well as its own.

All the Gulf countries are starting to aggressively target startups, but those efforts largely remain within their own borders. 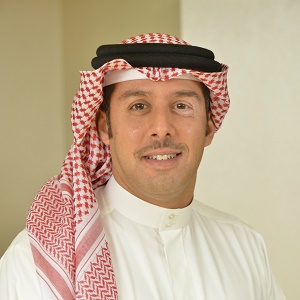 The UAE’s Vision 2021 plan has entrepreneur-focused elements, as reported previously on Wamda; in October Kuwait launched its National Fund for Small and Medium Enterprise Development; Saudi government-funded institution KAUST has launched a $2 million seed fund; and Qatar has funded a whole ecosystem of startup support initiatives.

When asked how Bahrain could compete with the likes of the UAE, whose economy is 12 times as large as its archipelagic neighbor, Rumaihi said the attraction of Bahrain was for early stage companies.

Entrepreneurs have a very short window before they run out of cash, said Rumaihi. “I think that if I look at some of the neighboring markets, they have a wonderful success story but if I’m a small business that's trying to manage on a tight budget, these markets do not offer the essential fundamentals to nurture my business. I might expand into such markets, but would I want to start there?”

Rumaihi said Tamkeen, which provides funding (for foreign entrepreneurs as well), incubation, and even business planning assistance, was one organisation with which Bahrain differentiated itself from other Gulf countries, due to its intense support for locally-based startups.

White Payments, which was acquired earlier this year, and table reservation software company Eat both started in Bahrain and expanded into the UAE, the latter setting up its Dubai office a few months ago.

We need you, you need us

However, Bahrain needs those entrepreneurs as much as they need more support.

Geographically, Bahrain is in an enviable position.

Two of the most sought after markets for entrepreneurs in the region are nearby - Saudi Arabia and the UAE - and it’s blessed not just with oil and gas reserves, but leaders who also realize the critical need to diversify the economy away from the sector that provides 81 percent of the government’s total budget revenue.

Currently the 90,711 SMEs in Bahrain produce about 30 percent of GDP and provide 37 percent of all job opportunities; the goal is to lift this GDP contribution to 35 percent by 2018.

And importantly, Bahrain currently ranks 18th in the world for economic freedom, a dip since 2011 but still well ahead of the rest of MENA, according to the Heritage Foundation and Wall Street Journal’s 2015 index.

But real GDP growth has been falling steadily, from 6.8 percent in 2005 to an estimated 2.9 percent this year, as political instability in 2011 then falling oil receipts dragged on the flourishing non-oil sector. This year government debt-to-GDP hit a record 54 percent.

Weaker government spending power, as oil prices bottom out for the second year in a row, risks inflaming popular opposition as the government tries to cut back lavish subsidies on electricity, food and oil.

And the country’s historic status as the Gulf’s banking and Islamic finance center is being fiercely challenged by wealthier rivals Dubai, Qatar, Saudi Arabia and Abu Dhabi.

“That said, a well diversified economic base, trade and financial linkages with the rest of the Gulf, and - over the longer term - the coming on stream of new industrial projects will help to support growth,” BMI Research said in a report released in November.

Startups as a solution

The push to become a regional entrepreneurial hub is an aggressive play to diversify and capture some of the potential growth from the next Careem and Talabat.

Tamkeen is the backbone of Bahrain’s entrepreneurship efforts, but the EDB also offers free advice on how to set a business up in Bahrain and the Bahrain Development Bank (BDB) offers not only advice for entrepreneurs but funding options as well.

Tenmou CEO Hasan Haidar told Wamda that the Ministry of Industry and Commerce was in the process of sweeping away red tape, such as the recently deregulated visa process.

The Cloud Accelerator and stock exchange are two additions that are entirely new concepts in MENA, and aimed specifically at bringing in foreign entrepreneurs.

The accelerator taps into the fast growing market for services such as big data analytics and and connected devices, and will capitalize on the country’s highly liberalized telecoms sector.

It’s a tie-up between Amazon Web Services (AWS), London/Bahrain technology investment specialist C5 Accelerate and the EDB, and will be, they say, the first accelerator for cloud startups in MENA.

It will accept two cohorts of 10 startups a year, preferably working in manufacturing, financial service and technology, from the Middle East and Africa for a four-month residential program. The startups will also be eligible for investment from a $100 million fund to be run by C5.

The BIM, or the Bahrain Investment Market, however, is truly innovative.

It will function as a stock exchange for SMEs as well as tech startups, streamlining the procedures needed to list and drastically lowering the main bourse’s usual listing cost to about $4,000.

The idea is to provide a transparent arena for companies to access funding, creating a cluster of both high growth companies and uncommon stock market investors in the form of venture and private equity investors.

SMEs go through a month-long ‘data room’-style situation where the company’s fundamentals are assessed, after which a share price is determined. If the company wants to go ahead and list at that price, they can.

Bahrain Bourse CEO Sheikh Khalifa bin Ibrahim Al Khalifa told Wamda that the ultimate goal was to help small companies grow large enough to list on the main exchange. But first it was to make accessing funding - and accessing startups - easier for both sides.

“Having a list of companies under a sector would create a benchmark for venture capitalists and even banks to measure the status of these companies,” he said. “You could actually compare [them] because most of the startups will be using the [same accounting] standards so even the accounting of the financials will be similar.”

The BIM will open in January for applications from advisors, who will guide companies through the process and handhold them once they’re listed, and later in the year for its first listings.
Khalifa said they’d already had interest from SMEs and venture, and private equity investors looking to list their holdings on the BIM as a way to exit.

However, it is still a case of ‘buyer beware’, as with any publicly traded market, particularly given the oft cited figure of nine in 10 startups failing.

Investors will be limited to authorized traders, which would include foreign entities, but individuals could also buy-in if they went through a broker, Khalifa said.

It’s too early to tell how much demand there will be from foreign entrepreneurs to launch in a market that’s neither their home nor their primary intended market.

Yet as each country in the Middle East begins to try and stake a claim to ‘startup hub’ status, Bahrain is the first to truly begin to open its borders, and finances, in order to make that happen.