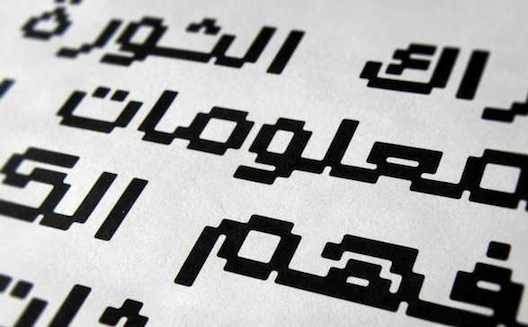 Ninety percent of people in the Arab World want to read their internet in Arabic, say recent statistics from the Economic and Social Commission for Western Asia. Sounds simple enough until you realize that only 3% of the internet is written in Arabic, despite the fact that it’s the fifth most widely used language worldwide, spoken by at least 293 million people.

Many entrepreneurs are working to change this. Recent months have witnessed a noticeable increase in digital publishing and a fierce competition in the Arabic e-books market.

To help accelerate this growth, Egypt’s TIEC (Technology Innovation and Entrepreneurship Center) has announced an annual Start IT-DAC competition to develop and promote the Arabic digital content industry by encouraging entrepreneurs to build projects in this field. The competition was announced alongside an Arabic digital content workshop in early March.

In an indication of the spread of e-reading and its impact, Con O’Donnell, Investment Principal at the Wamda Fund and an entrepreneur in residence at Hindawi organization for culture and education, said that Hindawi sold 60,000 hard copies of books last year in the Arab world versus one million e-copies. His organization has also cooperated with local partners to enhance e-book sales in Algeria and the UAE, as well as the Kotobi mobile app, launched by Vodafone in Egypt at the beginning of this month.

The major problem, O’Donnell says, is convincing the Arab or Egyptian individual to pay for great digital content. “In general, the Arab user is ready to make more efforts in copying but not in paying money,” he adds.

Mustafa Farhat, managing director of the learning platform Nafham, agreed with O’Donnell’s points. He said the real problem is not the lack of money to spend on content, but the absence of a culture of paying for it. Farhat proposed to “add a class on intellectual property rights in schools for more awareness.”

“Don’t focus on your local public because digital content is global,” says Gabriel Deek, manager of the Lebanese web solutions and digital assets management company OmniSystems.  O’Donnell answered the same question similarly: “I wouldn’t change the culture of the people. I will not focus on the people who don’t pay. I might offer the product for free in Egypt with less features to focus on markets where they pay for content.”

When discussing Arabic digital content protection, an issue that often arises is the rights of publication and intellectual property. Some believe that Arab countries lack laws to protect digital content from theft while others think that the problem is in applying the laws.

According to intellectual property expert Dr. Jihane Farhat, the laws in Egypt that do exist deal with “form protection” rather than “content protection”. The law considers content to be physical books and drawings; as such they protect the form, rather than the ideas that can be amended and re-posted somewhere else. We need separate laws, he says, but “the current situation in Egypt is not appropriate to suggest a draft law on information exchange.”

Abd El-Rahman Wahba, the founder of Arabic podcast aggregator app Iqraaly (“Read to me”), says it is important to realize the existing gap between Egypt and the world in the e-content sector, and therefore keep our expectations realistic. The efforts of organizations like TIEC and Hindawi, though, allow us to remain hopeful for the future at the same time.