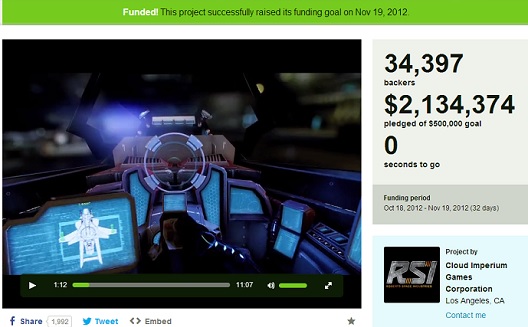 Update: The campaign mentioned at the end of the piece is updated to show a more realistic representation of an unknown developer raising funds via crowdfunding. We’ve also now included a quote by Jordanian game development studio Beladcom’s Mohammed Hujeij.

Crowdfunding is all the rage lately. But in the rush of hardware startups killing it, and local bands and activist initiatives launching campaigns, it's easy to forget that some of the most successful campaigns are acutally in gaming.

Although the sector has its challenges in the Arab world, panning back reveals just how popular it really is. Kickstarter’s second most successful crowdfunding campaign (after the Pebble smartwatch), OUYA, raised US $8,596,474 to build an Android-based gaming “microconsole” that allows developers to create games in a stand-alone app store.

The most successful crowdfunded project in history is also in gaming. Star Citizen, an awesome PC title that offers everything a sci-fi MMORPG could dream of, has raised over US $25 million on two crowdfunding platforms, with over 286,858 individual backers.

Launched by famous game developer Chris Roberts, who created the original Wing Commander game of the early 1990s, the project first raised $2,134,374 on Kickstarter, far more than it expected. Roberts then decided to take the crowdfunding in-house, building his own crowdfunding platform which raised the remaining $23 million. Before their 2014 release, they're already looking to raise another $2 million (in hopes of reaching a total of $27 million), which will likely reach a higher amount before all is said and done.

These might be the outliers. Yet, smaller developers- especially those in the Middle East, who mostly build mobile, social, and sometimes PC titles- shouldn't ignore the platform's potential. To date, crowdfunding has been mostly absent among gaming startups, despite the launch of Zoomaal, and crowdinvestment platform Eureeca. We’ve only seen one failed attempt (there are probably others) by a Jordanian team of developers, on Indiegogo.

Why aren't more trying it out?

Perhaps developers are shy about offering up their prototypes, or worried about failure, but there are several benefits. Game developers can: 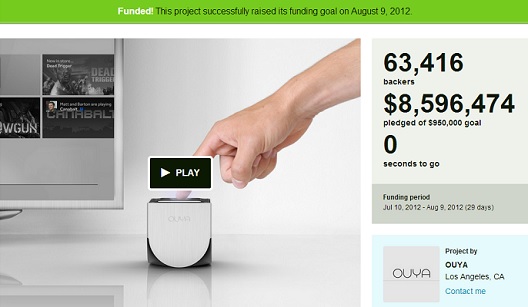 In general, local game developers in the Arab world are optimistic about the prospects of the model when asked, saying that perhaps they would try it in the near future:

Souad Merhebi of Lebanon's Gamabox thinks that crowdfunding is "not only a good idea but a good way to validate your game before developing it. If you make a big crowdfunding campaign and it fails to give any results, it means the game will have trouble going viral,” she says. “We considered crowdfunding and still are considering it. If we do it, we want to do it right by choosing the right platform, preparing a great campaign, and building attractive material.”

Tamer Qarrain of Jordan's Bee Labs agrees. “I was playing with some games on Kickstarter and we were discussing the idea of submitting ‘ShibShib War’ for crowd funding, but I was a bit skeptical of going with this approach. But I have to admit that it might have been a good idea!” he says. “I may try it for one of our game projects soon.”

Mohammed Hujeij of Beladcom in Jordan may try it out sometime soon. “Yes we are interested…Arab gamers would be the ideal supporters as they're in it for fun gameplay and creativity. Their belief in the industry through their daily gaming activities is what truly pushes it forward. I believe a well-crafted crowdfunding campaign directed at Arab gamers and industry backers would have a high chance for success. Beladcom always keeps the option of going that way, and who knows, maybe one day we'll have a crowdfunding platform that's solely dedicated for Arab game developers.” Now there’s an interesting thought.

Lebnan Nader of Lebanon's Game Cooks is a bit more apprehensive. “I think it’s a good idea actually because it measures people's motivation to fund your game. This is an important indicator of whether users will like your game or not. I would give it a try!” he says. “The problem is I am not so sure how motivated I would be to put all of the ideas for a new game live on the internet.”

So, if they're mostly positive about it, yalla. Developers don't need to be huge; other lesser-known developers have raised over $45,000 with a little mobile game. We look forward to seeing if a gaming crowdfunding campaign in the Arab world can hit it big.

Would you consider crowdfunding your game, app, or startup? Let us know if you have tried a crowdfunding campaign in the comment section below.