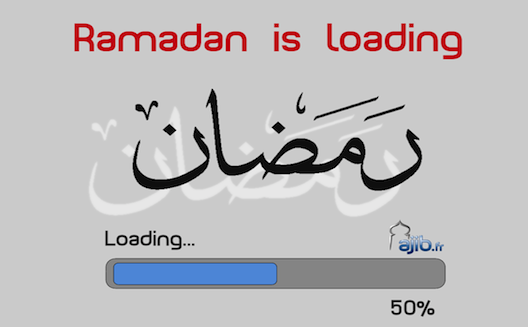 While for many across the Arab world, Ramadan is a time for reconnecting with family, for remembering old stories, and for giving back to one’s community, for members of the developing regional startup ecosystem, the month-long holiday takes on a slightly busier aspect.

“During Ramadan, the culture of the region changes, from one of production to one of consumption,” says Zaidoun Karadsheh of Jordanian game developer Bee Labs. For startups struggling to make profit in a region whose entrepreneurial scene is still developing, this month-long culture of consumption presents a singular opportunity to gain traction. If startups can hook customers on a product during Ramadan, chances are good that they’ll come back throughout the rest of the year.

This piece is the first in a series on how regional startups in different sectors are formulating, executing, and judging the success of specialized Ramadan strategy for their products.

Gaming is big business in the Middle East, and it only stands to get bigger. The digital games market in the Middle East and Africa is projected to be worth $3.2 billion by 2016. Internet use in the region, at 40%, is higher than the global averages, and smartphone penetration continues to skyrocket (the UAE and Saudi Arabia are the countries with the #1 and #3 highest rates in the world); these are driving the growth of digital and mobile games.

If people in the Arab world are spending a lot of time and money on games during normal times, then Ramadan, with its attendant long, hot, hungry hours and shortened working days, presents even more of an opportunity for users to distract themselves with some game play. “Gaming becomes even more popular during this month,” says Hussam Hammo, founder and CEO of Jordan-based game publisher Tamatem.

“People during Ramadan have a lot of spare time and they need something to keep them happy,” says Ryan Riegg, COO and General Manager of Jordan’s Na3m Games. After finishing a shortened work or school day, “there are four or five hours to kill before Iftar [the sundown meal to break the day’s fast],” continues Hammo. “People are hungry and need distraction,” finishes Riegg.

This, combined with the lightning-fast rates at which people in the region are switching to smartphones, has presented a new gap in the market that mobile game developers are best suited to fill. Just a few years ago, remembers Hammo, “traffic during Ramadan for Wizards Productions [Hammo’s gaming startup which failed in late 2012] was going way down,” contrary to his expectations. “We thought people during Ramadan would have so much time but this clearly wasn’t the case.”

With his new company, “I feared that it would be the same, but to my surprise it was much better than I expected,” says the entrepreneur. The difference? The games Tamatem publishes are geared exclusively toward mobile users. “Generally people are shifting from laptops to mobile. The future is toward mobile and not toward web games, even in Ramadan,” he says.

Hard data backs up Hammo’s hypothesis: an estimated 93% of smartphone users use their phones at home, presumably instead of their desktop or laptop computers.

Regional gaming startups are becoming aware of the opportunity. Many game developers throughout the region, including the three I interviewed for this story, are (or had been) planning to release titles around Ramadan with content geared towards Arabs celebrating the holiday.

As befits an Islamic holiday, “Islamic content is king” during the month, Hammo continues. One need only take a look at the Saudi app store charts for proof. “At the beginning of Ramadan, you’ll find that the top 20 apps are all Islamic,” says the entrepreneur.

But it’s a big risk for a game developer not specialized in Islamic content to go all in on an Islam-themed game specifically for Ramadan, especially if there’s no guarantee that the game will continue to perform after Ramadan is over.

“If you do a game just for, say, the World Cup, you might waste time if it doesn’t work, and you won’t be able to reap all the fruits of the investment in 20 days,” says Hammo. Arabic trivia has proved a popular choice for developer because it hedges their bets as a slightly less specialized, more broadly appealing platform on which to launch their titles.

At the end of the day, though, there are “positives and negatives” associated with launching during Ramadan, says Karadsheh. “The whole month is full of content, projects, series, cartoons… it can get a bit crowded. If you’re not ready to launch, your project can get drowned out in the noise,” he says.

Hammo puts it more bluntly: “As long as a game is good, it will fly off the shelves, Ramadan or not.”