Many startups are now getting support in Morocco either at the seed or growth stage, but support programs and organizations are too few, and not good enough to help the birth of a real entrepreneurial culture worthy of the American model.

In this piece, we will look back on a selection of initiatives supporting tech entrepreneurship, and draw lessons for the startups, and suggestions for improvement for support organizations.

We’ve decided to limit ourselves to eight initiatives, but there are many more. Give us your opinion on those, and other initiatives in the comment section. 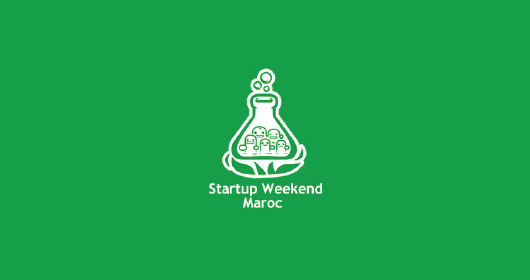 Startup Maroc has managed to import the successful Startup Weekend American program to Morocco, and organized a 12-stop roadshow in 2014 that has reached 1,200 young Moroccans. Startup Maroc has also organized various startup competitions thanks to its sponsors OCP Entrepreneurship Network, including Maroc Startup Cup, a 6-month business model competition offering a $1,100 USD to the winner

What have they really done? Startup Maroc has managed to spread the entrepreneurship culture to students, and to tell them about business models, business plans, and minimum viable products. But too many projects don’t last a year. Participants need more mentoring and tracking after the competitions to improve the impact the organization has. 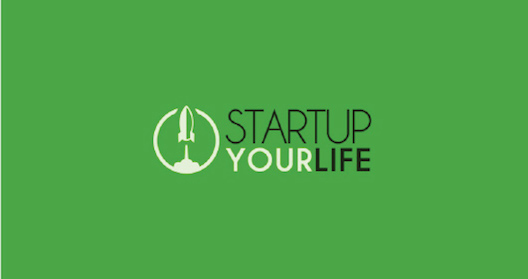 Its slogan “Let’s build a startup community in Morocco!”  says it all.  StartupYourLife, is a community of young Moroccan entrepreneurs who share resources and experiences. Its Meet Ups are regular events that bring together the community, but cofounder Kenza Lahlou wants to go further. She told us during the Global Entrepreneurship Summit, that 2015 will see a more complete program with mentorship and competitions.

What have they really done? StartupYourLife piqued the media’s interest, and managed to bring enthusiasts, angels, and potential investors together. But a lot still has to be done to bring to the community the media coverage it deserves, and StartupYourLife needs to gear up its plans. 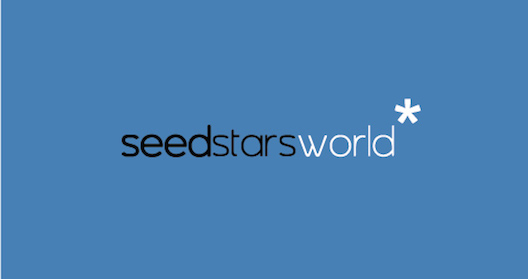 Seedstars World is a global competition that wants to identify startups within high potential on startup scenes in emerging economies, and give them access to an international network of investors and mentors. This year saw the launch of Seedstars Casablanca in May, in partnership with StartupYourLife. 18 startups took part in the competition, and three were given prizes, for a total amount of $11,000 USD. The winner will take part in the finale that will take place in Geneva in the hope of getting an investment that could reach $500,000 USD.

What have they really done? Seedstars program permits help to local startups for their expansion. Sadly, it went almost unnoticed this year (only 30 startups applied), maybe because it was communicating in English. 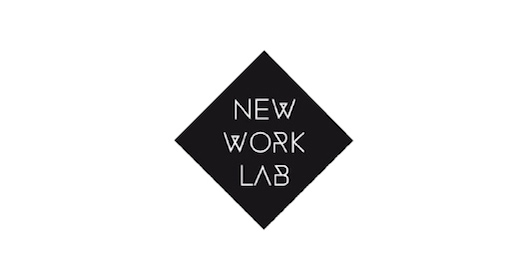 Located in the heart of Casablanca, the coworking space New Work Lab has become the place for entrepreneurs to meet, and attend meetups, like the Pitch Lab sessions, that offer startups real visibility. The founder, Fatim-Zahra Biaz, has been awarded Wamda’s Karim Jazouani prize this year. Her recent partnership with telco Inwi should make 2015 a really interesting year.

What have they really done? The coworking space offers the community a place to meet, work, and exchange. Clearly, Biaz has reached her goal. 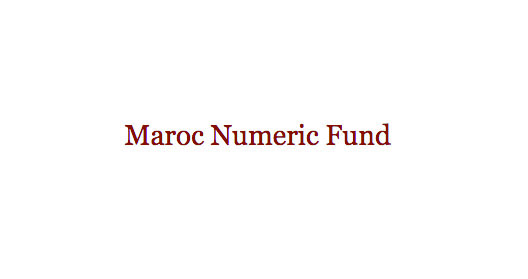 The private and institutional organizations

Maroc Numeric Fund is an institutional fund of $11m USD dedicated to high-tech companies, and has already invested in several projects. For more than a year now, the fund has chosen to focus on more mature companies with tickets going from $450,000 to $900,000 USD.

What have they really done? MNF is the organization giving the biggest financial help to Moroccan startups, but some of the startups they invested in have failed, and this discourages some entrepreneurs [editors note: the failing rate of MNF is actually in line with the one VCs are seeing in the rest of the world]. 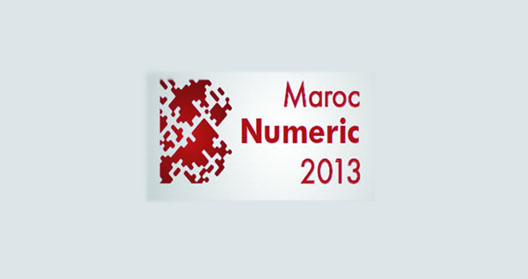 Maroc Numeric 2013 is a strategy that the Ministry of Digital Economy started in 2009 to make the country an emerging nation in the ICT field. With a $580m USD budget, the program was to launch 18 initiatives whose descriptions were left voluntarily vague, but ranged from investments to subsidies in fields like SMEs and education.

What have they really done? After five years, the results are not so astonishing. If 87% of public schools now have basic multimedia equipment, and most red tape is now digital, much is left to be done to update the IT system in public institutions, as well as human resources training .

The Imtiaz program, for high-potential companies, has helped 170 companies for  some $68m USD, but it’s far below the need of the makers, and the eligibility criterion are too strict. 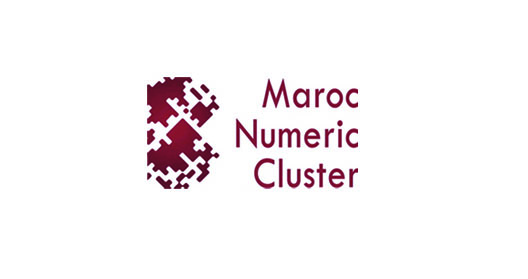 Maroc Numeric Cluster is a strategic plan that the Ministry of Digital Economy initiated in 2010 to help innovative projects, in the fields of mobile, computer security, banking, digital rights, multimedia, and software, to see the light of day.

They’re mostly known for the Mobile Monday Maroc, conferences that brought together the players from the digital scene to discuss gaming, mobile banking, and internet, and for co-organizing Trophées de l'Innovation IT.

What have they really done? Although rare the MNC’s events are good events, but the Cluster should go beyond organizing events, and should take part in developing the sector by promoting R&D, training, and innovation. [Disclosure: MNC works with The Nexties, the media outlet of which I’m the editor in chief]. 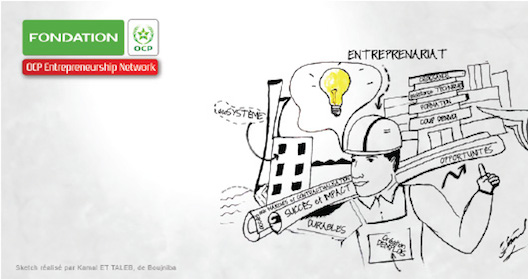 OCP Entrepreneurship Network is a program created by the famous Moroccan corporation OCP to foster entrepreneurship in Morocco, and enable small companies to grow and become sustainable.  They offer technical and financial help through a large network of partners including Startup Maroc, Endeavor Morocco, Mowgli Mentoring, and Réseau Maroc Entreprendre.

What have they really done? The program is starting to have a positive impact on the community, but as the Moroccan expression goes “one hand only cannot clap,” we need more corporations to follow the lead of  the Office Chérifien des Phosphates.

Of course this list is far from being exhaustive. We haven’t mentioned the Centre Marocain de l’innovation, and its Intilak and Tatwir programs, whose impact has been the subject of a few articles lately (here and here), Endeavor Morocco, who launched less than a year ago, mentorship networks like Mowgli, and Réseau Entreprendre, telecom operators Inwi, and  Méditel’ programs, the support organization CEED Morocco, or the student networks Enactus, Injaz Al Maghrib.

So, how can we improve the situation

Those last five years have proved that the development of an ecosystem for tech companies requires the development of a community, through interaction and events. Ideally, a lobby should defend the interests of the various players, and work to make the administrative, fiscal, financial and legal environment more innovation compatible.

This half-decade has also shown that offering funds is not enough. A quick look at MNF results proves that young entrepreneurs need mentorship and followup more than funds. The digital economy startups need incubators, technological hubs, and accelerators, to become a vector of social and economic improvement.

As for the entrepreneurs, they should know by now that they cannot depend on public funds, and the support of the government, as money will always arrive later than planned.

What do entrepreneurs expect from the government and corporations?

The digital economy and innovation can only grow if a financial revolution takes place, this would require the development of digital transactions, mobile payments, participative funding, and tax concessions both for microenterprises, investors and VCS.

Banks should also pay more attention to the technological market; and entrepreneurs should meet them half way, learning the bank language, and coming with solid business plans, precise financial projections, and a strong database of clients.

Finally, this culture has to be promoted among students, and private companies, and universities should work hand in hand to make finding internship, and sharing experience easier.