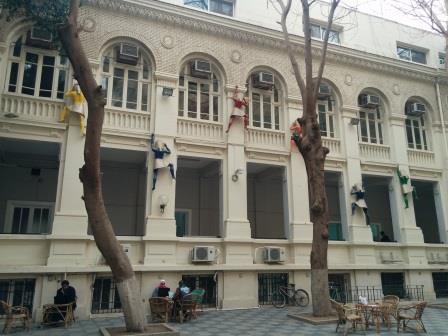 Pharaoes scaling the walls of the GrEEK Campus

Last weekend was a busy one for the GrEEK Campus, a tech hub located at the old American University of Cairo. Wamda’s Mix N’ Mentor Cairo took place there on Saturday February 21, followed by Startup AddVenture the next day, where experts and entrepreneurs from all over the world got together in small panels and discussion sessions on starting up in Egypt, how to raise funds, build a product, understand sales and data, pitching and more. The day ended with a pitching contest where five startups presented their ideas in three minutes on stage and received direct feedback.

There were many familiar faces on Sunday. Hania Hamroush, co-founder of Sharquity, who attended Mix N’ Mentor, was there to share her journey in an interview with Mike Butcher, Editor-At-Large at TechCrunch. Abdelhameed Sharara, founder of Rise Up Summit Cairo, one of the major entrepreneurship events in the country, shared one startup lesson he learnt throughout his career. “Stop doing ten things and focus on one thing only.” 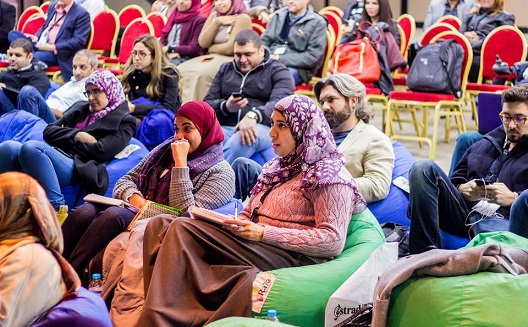 Getting started with some inspiration

Despite the variety of startup levels, which ranged from early stage to growth stage like Wuzzuf, the event took an introductory turn, giving Egyptian entrepreneurs quick introductory information. 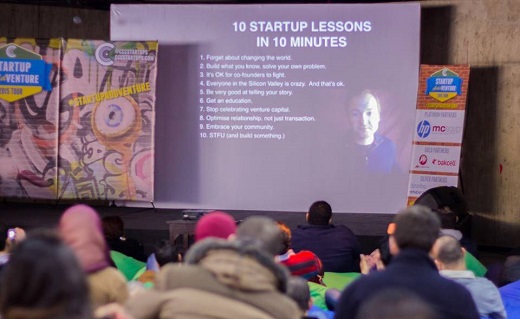 1- Forget about changing the world and start changing the one around you.
2- Solve your own problems. This explains why many startups in Egypt are focusing on carpooling and recycling. like Recyclobekia, an e-waste collection network; Tagaddod, a renewable energy and waste management startup; Bus Pooling, Tawseela, Wasalny and Mashaweer among other commuting services.
3- It’s okay for co-founders to fight.
4- Everyone in Silicon Valley is crazy, referring to the amount of success stories coming out of that region and why MENA entrepreneurs should not compare themselves.
5- Be very good at telling your story.
6- Get an education: Understand term sheets, talk to mentors and investors (advice also given by Wamda Capital’s partner Khaled Talhouni at Mix N’ Mentor). Stay tuned for an in-depth look at terms sheets.
7- Stop celebrating venture capital. Instead, entrepreneurs should celebrate new product releases, strategic movements, customer retention, scaling and other growth indicators.
8- Optimize relationships not just transactions. It shouldn’t be always about the number of clicks and customers but also about building connections and creating experiences.
9- Embrace your community; cooperate with local startups and use their services to support the entire ecosystem.
10- Shut up and build something.

Getting started: Practical skills to build and pack your product 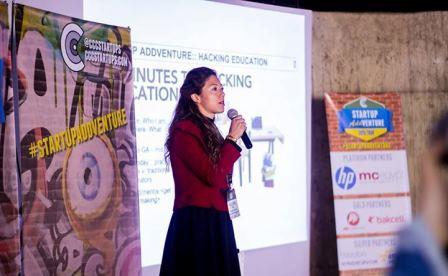 During a session titled “Hacking Education – practical skills to build your product and startup,” Kalina King, a former Regional Manager at General Assembly and co-founder of LIGHTSTAGE, offered resources that help entrepreneurs build a product.

- Code and educate yourself: “There’s not enough money to spend on education,” King said. “Offline and online education need to complement each other. In traditional education, you can’t get a degree in growth hacking.”

Here are some coding resources:

1- Khan Academy, which offers an array of subjects such as coding, economics and finance, computing and more.

2- Codecademy, a platform that features interactive methods to learn coding.

3- Dash, for teaching HTML, CSS and Javascript through amusing projects.

- Deep-dive immersive educations: Since education is so important to entrepreneurs, King suggested that entrepreneurs keep their eyes on the following six platforms which will help them acquire the A-Z of entrepreneurship before getting started.

2- The Faltiron School: a school based in New York and Brooklyn that offers web, iOS and Android courses, an introduction to front end, data science and other subjects.

5- BitMaker Labs: Based in Toronto, Canada, they provide full-time and part-time programs to teach programming and game development. They also host hackathons and events.

6- Fullstack Academy: It teaches the fundamentals of programming, the technologies that are in-demands, the best practices and tools and more.

[All of these academies and others like Mobile Makers and Hack Reactor are based in the United States or Canada and offer their courses there. However, they are open to anyone who wishes to apply.]

Getting started: listening, identifying the need and sealing the deal 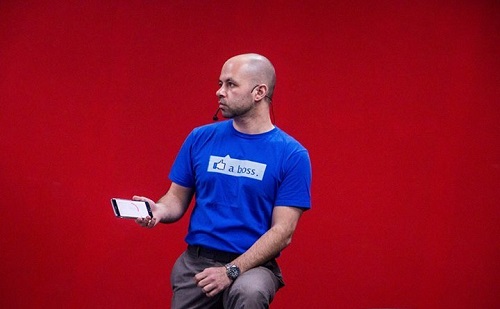 It all starts with a sales pitch. Mario Berta, who launched several Rocket Internet startups like Easy Taxi, shared a very amusing story on stage during his session on “Sales and marketing in Big, Emerging Markets.” He was at the beach and a 6-year old girl approached him, he remembers. She wanted to sell him a bracelet but he rejected by saying “I don’t need a bracelet.” The girl asked “Why,” and he replied “because I don’t like the design.” So she picked one of the many bracelets in her hand, puts it on his wrist and told him “I think this is perfect for you.”

“Of course I have to buy it now,” he said to the crowd. What happened here is that the little salesperson listened to the potential buyer when she asked “why,” identified his needs when he said “I don’t like the design” and then offered a product that he will like.

That said, entrepreneurs should be persuasive (think rules of engagement and persuasion) and enthusiastic. “The very first sale is with yourself,” he concluded. Stay tuned for our piece on how to be a great salesperson in the coming weeks.