Earlier this year we published an article about the reasons behind foreign VCs' increase interest in the Middle East.

Here is our updated list of companies (as of October 2015), based outside MENA, who are actively putting money into the region, or at least thinking about it.

Citing the fact that no billion-dollar internet business has yet emerged from the region, Lumia believes there is incredible value yet to be created. “We plan to continue investing in two types of opportunities,” said Lumia vice president Zachary Finkelstein. “Disruptive US technologies extending their product leadership internationally, and emerging market leaders pairing proven business models with local insights.”

Investments in the region: In 2012 they started with Jordan’s Jeeran, and they've not stopped. To date there are 26 investments, Gallery Alsharq and Feesheh, both based in Jordan.

Working with Hasan Haidar of the angel investor network Tenmou in Bahrain, they have established themsevles in the Middle East. Haidar told Wamda they have also taken on Edfa3ly and the obituary site Alwafeyat. When it comes to their interests their website says there are many areas catching their eye, including mobile tech, video, healthcare, gaming and solar energy.

Investments in the region: In 2014 they led a Series A round for payment gateway Telr. In early 2015 they announced their new Hatcher Fund of $100 million, a global early-stage venture fund of which a third is likely to go towards fin-tech and IT startups in the MENA region. The firm is also planning to launch a Beirut affiliate with an attached fund, estimated to be worth around $50 million.

Investments in the region: With no website or even a Facebook page this hedge fund-cum-venture capital firm likes to keep things on the down-low, especially when it comes to their Middle East portfolio, so it’s a little tricky to know where they might go next. But we do know they like ecommerce. Their US portfolio is largely ecommerce and when it comes to this region they are involved with cobone.com, they lead a round for Maktoob back in 2006 (and later buying up more of it in 20013), and they bought of a significant chunk in bayt.com in 2008.

Investments in the region: This  Belgian VC has made many investments in Turkey, such as Peak Games and CicekSepeti. There is also their Moroccan venture Hmizate.ma, an ecommerce site. Focusing largely on IT, digital media and online services they were one of the first VCs to work with MarkaVIP, giving them their first $1 million in 2010. Most recently, in 2014 souqlmal.com received $1.2 million from them in a round.

Investments in the region: Back in 2012 they invested in propertyfinder.ae, and in 2015 they took a 32 percent equity stake in Morocco's largest car classifieds website Moteur.ma. And most recently they took a 30 percent stake in Pakistan’s Zameen.com, a sister company to Bayut.com in the UAE.

Looking specifically at online classifieds in property and auto motors, CEO Shaun Di Gregorio is excited by the “many sub plots and market sizes” that a VC can tackle in the Middle East, as opposed to other developing markets like Asia, which he says is “sort of done.” “On the flip side it is complicated,” he continues. “From Morocco to Iran it’s a significant region just geographically.” The VC doesn’t have a fund dedicated at this stage solely to the Middle East; they are simply focusing on the region for now. 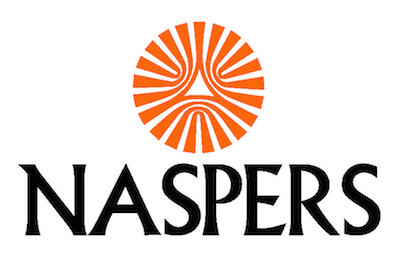 Investments in the region: Often labeled Africa’s largest media company, these South Africans are no strangers to the Middle East when it comes to investments. Their investments in souq.com and dubizzle.com have given them unprecedented sections of the ecommerce and classifieds sectors of the region. Shy and retiring folk, Wamda was unable to find out from them what they might be looking into doing next but we do know that in 2012 the firm made its first of many investments in Souq.com; in 2013 it acquired a 30 percent stake in Dubizzle.com, increasing to 48 percent in 2014.

Investments in the region: None as of yet. The global investment firm announced in 2014 its plan to raise $100 million, of which 25 percent would be going to MENA startups over the the course of ten years. The firm's Fenox Global Fund IV is partnered with Innovation 360 in Dubai and will apparently be looking at Series A and pre-IPO funding. As partner Brent Traidman put it in a previous Wamda article: “We are directing our focus towards emerging markets such Southeast Asia and the MENA region where there’s an increasing penetration rate of mobile usage and social networks, and shortages in many areas, which makes it a fertile land for ideas and investment.”

Investments in the region: This German ecommerce group wants to become the largest internet platform outside of the US and China - so obviously the MENA is high on their list as a region to penetrate. They’ve been making headway with their mission since 2012 when they launched both Namshi and Mizado in quick succession. In 2014, they created their Middle East Internet Group.

In 2015 they have been busy. They launched Kaymu.com and Wadi.com. In February they acquired Kuwait’s food ordering platform Talabat; in May they led the biggest tech exit in the region to date with Turkey’s Yemeksepeti.

Investments in the region: So far, none. However, this seems to be one to watch. According to The Wall Street Journal they closed a fund of over $100 million in 2014 that was to be dedicated to ICT startups in emerging markets. They have previously invested in Chilean and Nigerian startups so, watch this space.

Investments in the region: In 2015 they led a round for Series E funding, at $100 million for Rocket Internet’s Hellofood.

Investments in the region: They were part of the round for Naseeb Networks’s Series C funding of $6.5 million in May 2015.  The Pakistan-based parent company operates, among others, Mihnati.com, Saudi Arabia's largest recruitment platform. They were also part of the $1.7 million Series A round for Egypt’s Wuzzuf in August 2015.

Investments in the region: In cahoots with Vostok these Britons were also involved in the Naseeb Networks and Wuzzuf.

Investments in the region: The growth equity firm led a round, with Rocket Internet, of $13 million for Namshi in 2013.

Investments in the region: In 2015 they led the $11 million Series A round for UAE startup Fetchr.

This list is of course an ever changing thing and we are going to be adding to it whenever possible, so, if there is someone that should be on here, please do let us know in the comments section below.