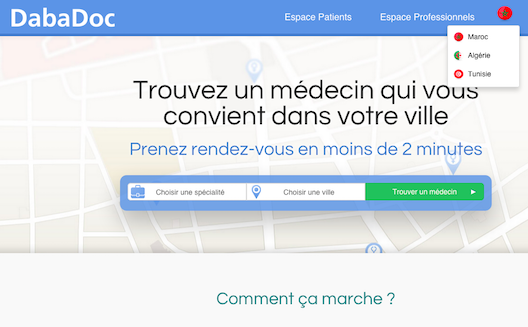 When Zineb Yacoubi returned to Morocco after eight years abroad, she was struck by how difficult it was to book a medical appointment. Early 2014, she  launched DabaDoc, a service that lets people book doctors’ appointments online.

The entrepreneur and her cofounder, brother Driss Drissi-Kaitouni are now expanding to Algeria and Tunisia. More than 2,000 doctors have since joined the platform in the three countries she said.

A trip to the Silicon Valley that changed everything

Looking back, it was a trip to Silicon Valley that made Yacoubi reconsider her company’s path, her expectations and her plans to monetize and expand.

In January, the entrepreneur boarded a plane for Silicon Valley to participate in the Aspen-Blackstone Entrepreneurship Program, a ten day program that included two startups and eight companies from the MENA region. The entrepreneur visited companies like Facebook and Google and even met Tony Fadell, the founder of Nest. “He was really living his product, spreading the love for his project to the rest of the team,” recalled the Moroccan. “I realized you have to really believe in your product for it to work.”

“This has been a trip full of exchanges, sharing, round tables,” she continued. “This opened my eyes to the fact that Morocco is a small country. Now, it’s ‘Go Global.’”

Expanding to the Maghreb

There are other services like DabaDoc in the region - Ekshef and Vezeeta are available in Egypte, DoctorUna in Dubai, Egypt, Jordan, Kuwait and Morocco – but not in Tunisia or Algeria, Yacoubi said.

So, when she decided to expand, those two countries were obvious choices. “Those are French-speaking countries whose culture is close to Morocco’s,” she said. “Doctors have more or less the same challenges and customs.”

The service was launched two weeks ago with a similar sales tactic to the one used in Morocco: the company uses targeted email via partners in the health industry, and advertises in medical literature. Then, she says, it’s word of mouth.

The company doesn’t have an office in those countries, but the Casablanca team is working closely with local doctors. “We call every doctor, and validate each prescription.” 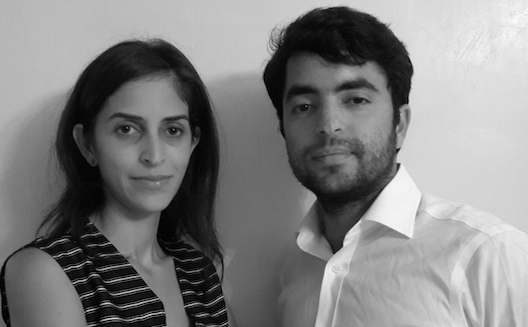 The team has learned many things in Morocco that they will use in Tunisia and Algeria. One of the things the company is trying to fix is the chronic tardiness of doctors.

The team spends time talking with doctors to convince them that respecting an appointment time is mutually beneficial: they’ll be able to get home earlier, and patients will be satisfied. They are also planning to put a review system similar to what’s already happening in the U.S.

“If we had implemented ‘notations’ at the beginning, we’d have lost the doctors,” says Yacoubi who believes they would have felt insulted. What will probably happen is that users will give a feedback on doctors’ punctuality, and those who have received poor notation will be displayed lower in the list. The real challenge, she says, will be to announce this to the doctors.

Getting doctors to pay

This won’t be the only thing that she will have to announce. In September, the company will ask doctors to subscribe to quarterly or yearly plan to continue using DabaDoc’s platform. In 2014, the entrepreneur was telling us how she wanted to avoid this strategy and focus on partnerships with pharmaceuticals, something she says she won’t work on for now.  Now the founders, who have bootstrapped so far, are looking to raise money to continue focusing on its growth.

It’s an exciting time for MENA’s health sector as entrepreneurs address its many problems.