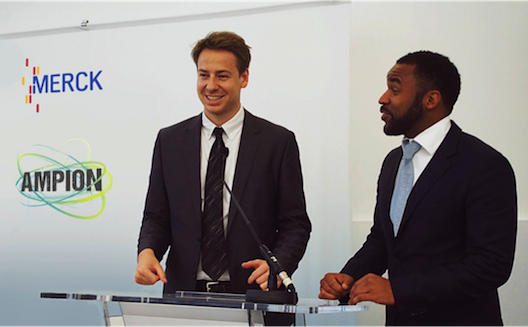 If there’s one continent that presents amazing opportunities in the health sector, it’s Africa. As its population grows – it's expected to reach the two billion milestone by 2050 – and gets denser, health and employment challenges will likely become more pressing.

But innovations in healthcare could provide solutions for both challenges at once. That’s the philosophy that motivates Ifeanyi Oteh, cofounder of Ampion, a new African healthcare accelerator.

“If Africa is not able to provide basic sustainability in respect to agriculture and healthcare to its people, there would be some negative ramifications in respect to peace in the continent,” he explains. “It’s not a question of why, it’s a question of must. There must be affordable healthcare and there must be jobs in order to sustain the growth of the population.”

He insists that entrepreneurs who venture into the healthcare sector must first and foremost be driven by the good they can potentially do.

“The profitability will show itself after the impact” he says. In a nutshell: it’s going to be a long run, and entrepreneurs need financial backing and mentoring to make it.

In early 2016, two years after launching its week-long 'hackathons on wheels' across Africa in its Venture Bus, Ampion will kick off its first pan-African accelerator and focus on digital health.

“The bus is an excellent initiative to inspire youth, now we needed to do something for the long term,” says Fabian-Carlos Guhl, Ampion’s cofounder.

This accelerator will support the most promising African startups in the sector in Nairobi, Kenya on a rolling basis, welcoming three startups for three months every trimester.

“We’d like to create a model that resemble what’s done in the Silicon Valley but adapted to Africa,” Guhl adds.

With the support of pharmaceuticals giant Merck, the program will cover their temporary installation expenses and invest in the startups. The ticket will be defined on a case-by-case basis but should range from $20,000 to $50,000 for a participation that will remain lower to 10 percent equity.

Corporate-backed accelerators, common in Europe and the US, are new in Africa. Still, Guhl says that Ampion’s initiative is a “win-win”.

"The launch of the first healthcare accelerator in Africa is designed to be a major boost to healthcare innovation on the continent," says Merck’s project manager Alexander Hoffmann. "For us at Merck, the support of healthcare technology on the continent is important not just in terms of social impact but also as a long-term business investment.”

At the same time, startups can benefit from the expertise of Merck’s teams and grow a privileged relationship with a company that could become client, investor or acquirer. This is what happened with MobiDawa, a startup born in a Venture Bus expedition in 2014 and now backed by Merck.

Ampion’s program, which will be led by Guhl and Oteh, will focus on local and international mentorship and connections, and will end with a demo day. Companies who don’t feel ready will have the option to stay on for an additional three months.

Startup scouting is a local business

Given the size of the African continent, the number of languages spoken and the lack of pan-African media and organizations, recruiting startups is a challenge. Ampion will use its Venture Bus program to discover and reach out to health startups.

This year, Ampion will organize five buses to cross 16 countries including Tunisia, and for the first time, Morocco. 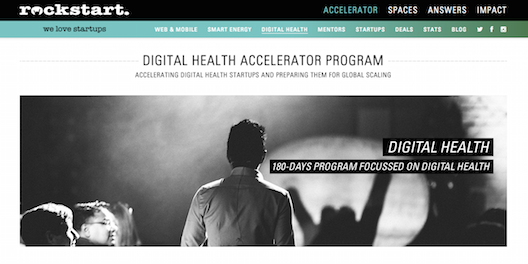 Rockstart is launching a digital heath accelerator in the Netherlands.

The organization, looking to attract African and Middle East startups, received a few applications from South Africa, Saudi Arabia and Nigeria, focusing on health information platforms, sensor technology and supporting healthcare workers in the field. They are still to announce the selected startups.

But can a European accelerator prepare startups to meet Africa’s challenges?

For Oteh, African healthtech startups face numerous challenges specific to Africa - a grand variety of regulations in each country, many languages, and lack of literacy, education and health knowledge – which makes it important to work on the infrastructure.

“We’re trying to build the bases of the ecosystem so that people are motivated to provide tech solutions,” he says.

“Much too often we see startups that develop an interesting idea, but struggle with getting the right proof and feedback from professionals, patients and others in the healthcare system,” he said. “Rockstart offers guidance, strategic partnerships and the best mentors to bring startups in contact with the resources they need to scale up their technology and services.”

What about North Africa?

Most health innovations come from “high-density areas that suffer more from diseases like tuberculosis, diabetes and HIV”, such as Kenya or Uganda, Oteh notes.

Still, North Africa’s potential to innovate is not to be underestimated. Doctor’s appointment platforms have been growing across the sub-continent, Egypt has seen the launch of health-related platforms such as Nabdanet and Dawaa, and a few innovations have been receiving international attention, like Algerian startups Dialife and E-Care. Imagine where they could go if they had access to the right resources.

Tunisia, especially, is making a name for itself in the Internet of Things. So far the connected devices have been focusing on housing and agriculture. Could health be next?