If we take a look at the tech sector in Morocco, so far this year, the VoIP ban is the one thing we won't easily forget. Who would have thought that five months later, it would still be enforced and stronger than ever?

This would have enraged our late contributor Karim Jazouani. A pioneer entrepreneur and a web and startup ambassador for Morocco, he passed away three years ago.

Still, this year has seen some interesting advances.

Regulators and bank institutions finally seem to be adapting to the modern monetary needs of the country. Politicians are publicly showing their interest in startups. The city of Casablanca is starting to work with entrepreneurs and techies to make the city smarter.

Developers and entrepreneurs seem to get closer; new players are joining the movement to support Moroccan entrepreneurship; all the while the national ecosystem is becoming more structured with the opening of several coworking spaces outside of Casablanca.

These important developments are the fruits of the hard work several players and organizations have been doing, as Karim Jazouani once did, to turn Morocco into a digital and innovative country. 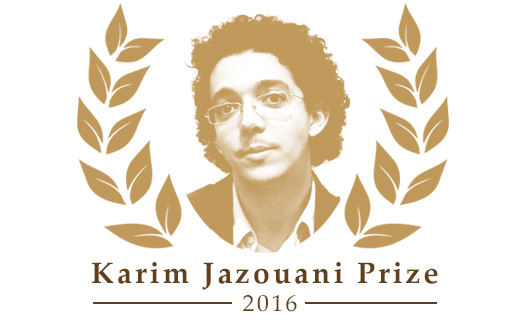 This year, for the fourth time, Wamda will recognize those who've brought this change with the Karim Jazouani Prize for Entrepreneurship Advocates. Since 2013 this prize has been recognizing the efforts of those working on behalf of the startup community.

With the prize Wamda wants to offer the Moroccan ecosystem’s guardian angels the recognition they deserve but also access to Wamda’s extensive network of mentors, investors, and fellow entrepreneurs to continue their work.

By offering access, both online and in person, at our next Mix N Mentor event in Beirut, we hope that those advocates will be able to continue building bridges between Morocco and the rest of the MENA region.

So, it’s on you, the Moroccan community, to nominate those whom you think are working hard for the Moroccan startup scene. You have until July 15 to fill out the online form.